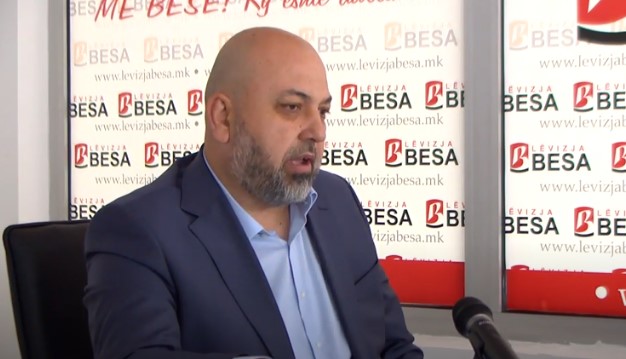 The Vice President of VMRO-DPMNE, Aleksandar Nikoloski, told TV21 that he does not believe in the statements of Kastriot Rexhepi who changed his mind at the last moment and did not come to the vote to overthrow the Government. Rexhepi said he gave up because some diplomats told him the country had a chance to get a date for negotiations in December.

Nikoloski, says that it is clear what happened to Rexhepi on the day when a vote of no confidence in the government was to be held.

If they continue with those methods, it is certain that Rexhepi will vote for the ruling majority. I always try to be direct. The people are more intelligent. Let’s not make the people stupid, they clearly know what happened to Kastriot. First he disappeared and turned off the phones, then to write a post on Facebook. Then his son together with the leader of Besa Bilal Kasami reported him to the police. He appears with a video with a white wall behind him, where a completely frightened man reads. It is obvious that the offer he received is according to the Latin American “silver or lead”. Because there is no explanation why he did not come to the Parliament, and why he looked the way he did, said Nikoloski.