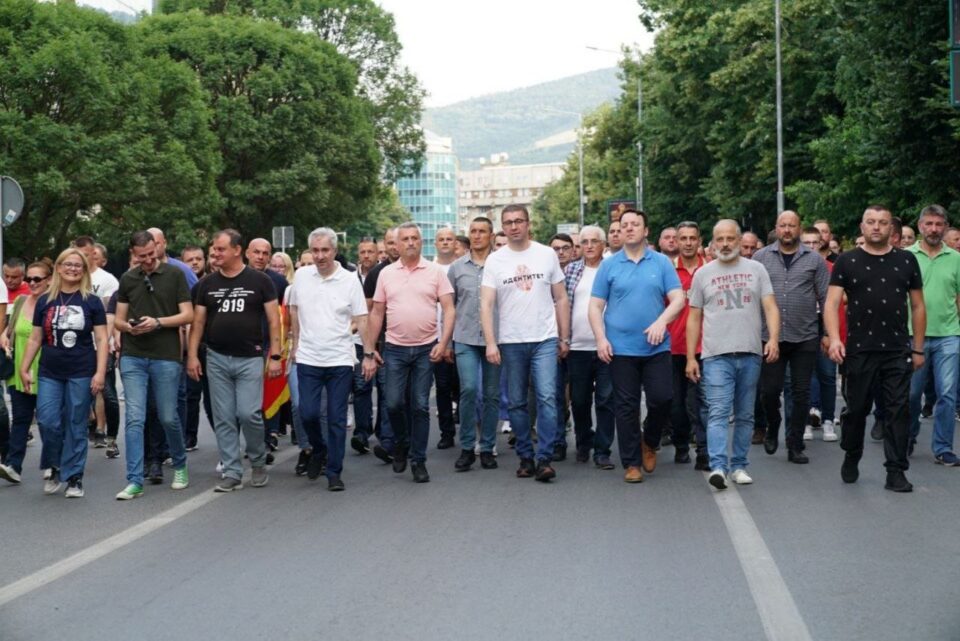 I can say that it is clear that we have an extremely harmful proposal that directly affects Macedonian identity, Macedonian culture, nation, language and history, a proposal that completely destroys the foundations of the Macedonian state and the Macedonian people, vice-president of VMRO-DPMNE, Aleksandar Nikoloski told Kanal 5 just before tonight’s protest.

Nikoloski emphasized that VMRO-DPMNE came up with a position, and that is the government and Kovacevski to reject this proposal because it is harmful and there are at least 4 things in it that must be rejected immediately.

The first one refers to Article 12 of the Agreement on Good Neighborliness, or simply put, all the things with which Bulgaria can blackmail Macedonia in the history section. This includes the part that requires a change to the Constitution before Macedonia even starts to negotiate, the part that refers to the revision of the textbooks and the part according to which according to the annual reports that Bulgaria will prepare on whether Macedonia fulfills the Bulgarian requirements, it can block the country in the EU, said Nikoloski.

As Nikoloski explained, the first thing they want Macedonia to do is to make changes in the overall history and education. The second thing is in the part of the Constitution, the third thing is to change the textbooks and the fourth thing is that Macedonia will be continuously blocked if it does not act according to Bulgaria’s demands.

In exchange for this, if the government and Kovacevski are ready to reject this proposal and thus protect Macedonian national interests, we are ready to give up the request for early elections, to make the winter as easy as possible in the part with energy crisis and the food section and in the spring we will make an assessment of the situation. Our offer is very simple to reject the French proposal, because at the moment that proposal hits the foundations of Macedonia and the Macedonian people, and if the government does not do that we will be here at protests, because we have to say NO to blackmail, pointed out Nikoloski.