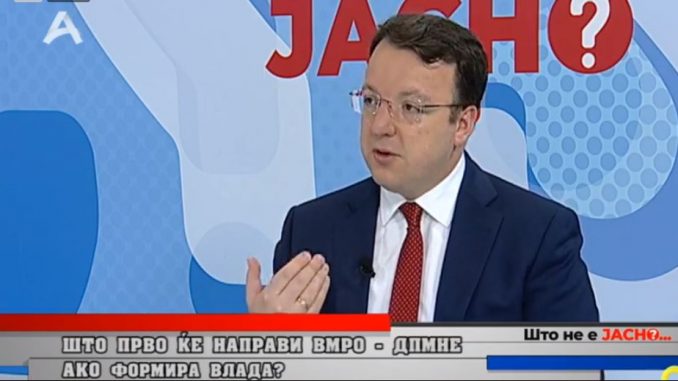 Aleksandar Nikoloski, the Vice President of VMRO-DPMNE, leading the MP candidate list in the 4th electoral district was on the TV Alfa’s “Sto ne e jasno” show on Friday.

It is Zaev’s second time to run away from debate, I hope that by the end of the campaign he will gather courage and come, I know that it is difficult for him, because he has done nothing and cannot face the people in person, Nikoloski said.

According to him, Zaev will lose this election, or as he said, “Zaev is sure of defeat, if he thought he would win he would come and say what he has done, it seemed that I had the strongest opponent, and it turns out I have the weakest opponent in the 4th electoral district“.