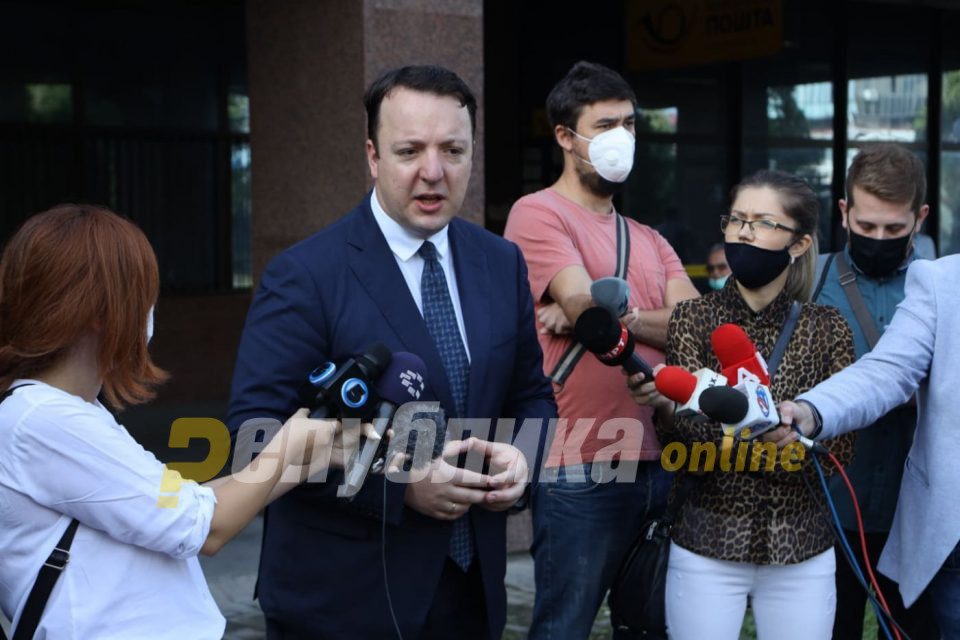 Zoran Zaev will not silence me, said VMRO-DPMNE Vice President Aleksandar Nikoloski, who appeared before the court today in a slander case that Prime Minister Zaev initiated against him. Zaev reacted after Nikoloski accused him of direct involvement in the major Racket scandal, which he said led to extortion of 20 million EUR from various businessmen. Zaev’s close political ally, Special Prosecutor Katica Janeva, was sentenced in the case and another defendаnt, Bojan Jovanovski – Boki 13 directly pointed to Zaev and his brother Vice Zaev as the persons who took the money, but the Prime Minister is suing Nikoloski for pointing to the allegations.

This is unheard of. Zaev is suing me over statements that are common knowledge. Since the trial began, there has been a sentencing in the Racket case, and the public is well aware of all the extortion. It is clear that two or three people could not manage an extortion operation worth 20 million EUR by themselves, this was a well developed pyramid with Zoran Zaev and SDSM at its top, Nikoloski said.

Zaev did not appear before the court today. This is the second time Nikoloski is being sued by the Zaev family, after a similar case from Vice Zaev, and he said that he “can’t understand this obsession with me”.

If their goal is to silence VMRO-DPMNE, this is the worst possible way to go about it. Zaev is using the most expensive lawyers while I will represent myself because I don’t need their services. I have truth on my side, Nikoloski added.