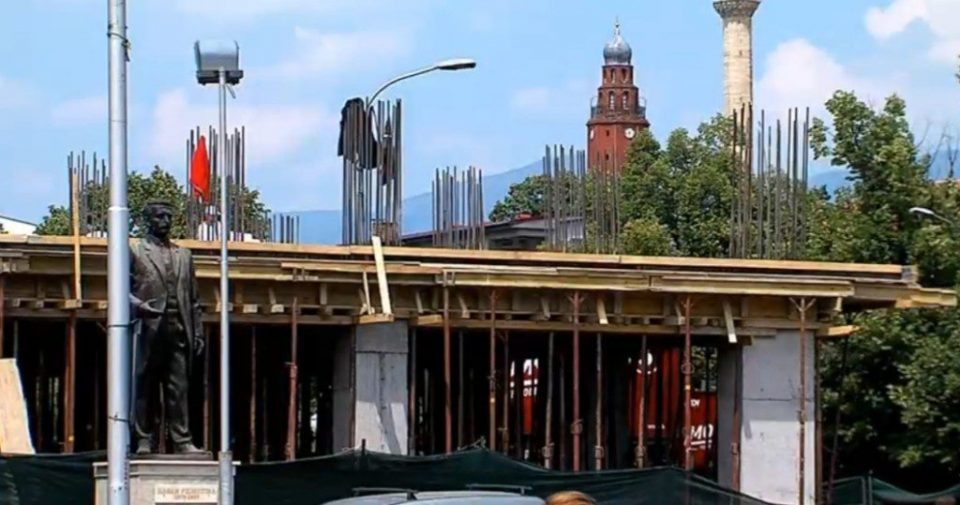 Not a single company applied to the open contract to demolish a brazen illegal build in Skopje’s downtown. Unknown developer hsa been building on top of the terrace of a cafe that was recently burnt down, prompting speculation that the cafe was targeted with arson.

The build is right on a busy intersection and while in the interior of the Cair municipality illegal construction runs rampant, this was seen as particularly brazen defiance of city authorities. Both Cair and Skopje city officials said that they will demolish the site, and the municipality opened a bid for a construction company to perform the demolition, but today Mayor Visar Ganiu said that no company applied. This only feeds into the speculations that powerful development interests are building at the sought-after site in front of the Mavrovka mall, and across the main public university and the courthouse district.

Ganiu promised that if no company applies, he will use his own municipal resources to bring it down.