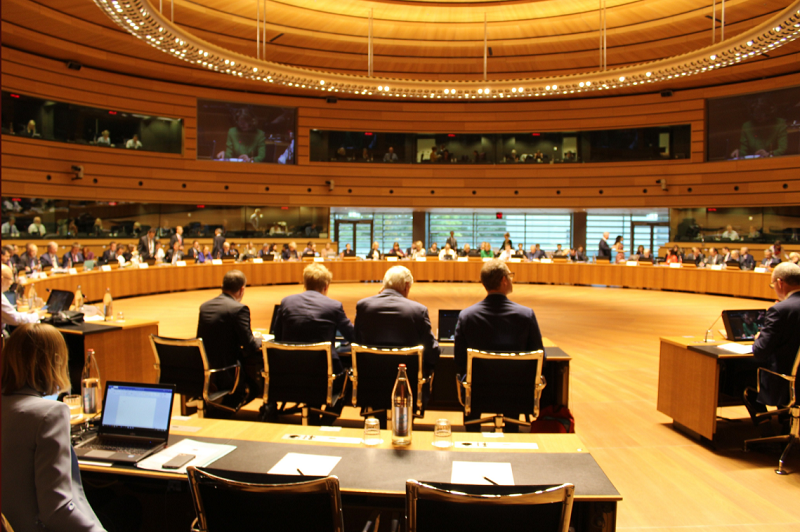 European Union ministers failed to reach agreement on opening accession talks with Macedonia and Albania in face of strong opposition from France. Finnish European Affairs Minister Tytti Tuppurainen said that “unfortunately there were few member states that were hesitant and one member state that was particularly opposed”.

This is not a moment to be proud, I have to say. There is no doubt that any further postponement will damage our credibility in the Western Balkans and our ambition to be a more stronger global player, said outgoing Enlargement Commissioner Johannes Hahn, who joined Tuppurainen at the post-summit press conference

A last ditch push to decouple Macedonia from Albania is not happening, as it seems. While France is opposed to Macedonia and Albania, Albania has a number of other countries who want to block its accession talks, most notably the Netherlands and Denmark, who are seen as more open toward Macedonia. So decoupling was seen as the best chance for Macedonia to isolate France and get ahead, while leaving Albania behind. But a number of countries, including Greece, were opposed to this idea before the summit. And today, Italian Europe Minister Vincenzo Amendola, said that it is not happening.

The intent of Italy is that we begin accession talks with Albania and “North” Macedonia. As far as the issue of their separation is concerned, there is no way for us to separate them, said Amendola.

If this position stands, Macedonia will face a considerably stronger opposition in the coming days, that it would have standing alone. The issue is now put forward at the top level – before the heads of states and governments, who also need to discuss the weighty questions of Brexit and the Turkish incursion in Syria. It is possible that President Macron will be persuaded to change his mind at this level, but for this to happen, it would have been much better to have a positive decision reached at the level of ministers.

It is expected that France could be persuaded to give the accession talks date in exchange for a wholesale change to the way the talks are conducted. France wants to introduce a model under which a candidate country could be sent back to re-negotiate chapters which were already seen as closed if it suffers backsliding. French Secretary of State for European Affairs Amelie de Montchalin insisted that she will continue to discuss the opening of accession talks, and the French request to reform the enlargement process. “This is a long and frustrating process which does not create confidence. This is an excellent opportunity for Europe to reform the entire procedure of accession”, Montchalin said.

Meanwhile, Dutch Foreign Minister Stef Blok pointed to the failure of the Macedonian judiciary and the inability of the parties to agree on a law on state prosecutors as a problem. Blok said that if this condition is met, the talks could begin. The ruling SDSM party refused to allow the appointment of a opposition nominated prosecutor with the power to investigate the numerous corruption scandals and crimes of the past severals years, and this sunk the talks between SDSM and VMRO-DPMNE on this law. A controversial stop-gap measure to abolish the Special Prosecutor’s Office and give its cases to the SDSM led OJO office of prosecutors is apparently not enough to get the Dutch to approve the accession talks.