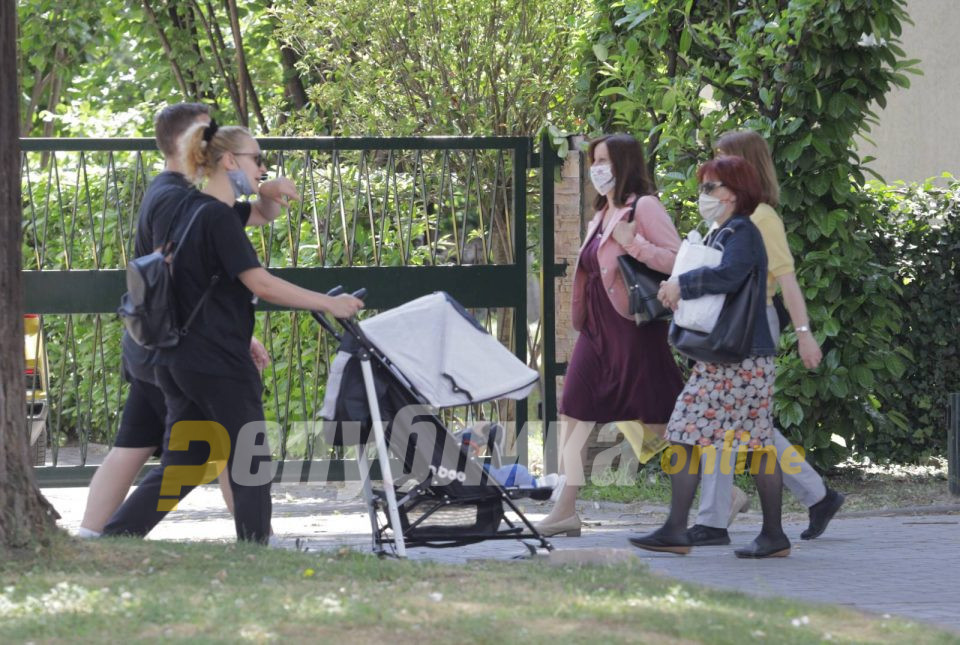 At the meeting, convened to decide the national response to the latest surge of SARS-CoV-2 infections, the Commission’s members decided there was no need to introduce any new public health protections from the airborne virus.

At the moment, according to Mehmedovic, hospitals are not overwhelmed by covid cases despite rising numbers of SARS-CoV-2 infections. General practitioners in Skopje are under the most strain, which is why he said five new clinics would be opening at the Idadija, Gjorche Petrov, Jane Sandanski, Chento, and Chair public health centers.

In response to a reporter’s question, the Infectious Diseases Commission spokesman agreed that official statistics did not reflect the actual number of new infections.

“It is very hard to have the real picture when you do not have enough testing and when citizens do not want to test,” Mehmedovic said. He said the reason for the decrease in PCR testing could be that people were going on summer vacations or using rapid antigen tests.

“Perhaps the most practical way to determine coronavirus levels in the population is to do independent surveys such as wastewater testing,” he said.

Wastewater analysis would show the concentration of the virus [as it is shed in feces by infected individuals], so the Infectious Diseases Commission was in talks with Public Health Institute officials and working on ways to track the virus through wastewater surveillance, Mehmedovic said.

Because hospital beds were available, he said, no new protective measures against the airborne virus would be introduced.

“There was a very good statement by the US Center for Disease Control, which went like, ‘You do not need to count the raindrops to see how heavy the rain is’,” Mehmedovic said.

“We know that transmission is high at the moment. At the same time, we know that it does not cause — very often — a severe clinical form of the disease and it does not overwhelm the hospitals.

“Even though we do not expect this, the system is prepared to respond if we do have a rise in these cases.”

The mask mandate, Mehmedovic reiterated, was still in force in health facilities, pharmacies, nursing homes and on public transit.

Earlier, following a previous meeting of the Infectious Diseases Commission, he had said the public health experts were urging citizens to look after their own health.

One of their recommendations was to avoid indoor spaces with poor airflow, except in emergencies. People unable to avoid sharing air in unventilated areas were recommended to wear masks, the Infectious Diseases Commission spokesman said.