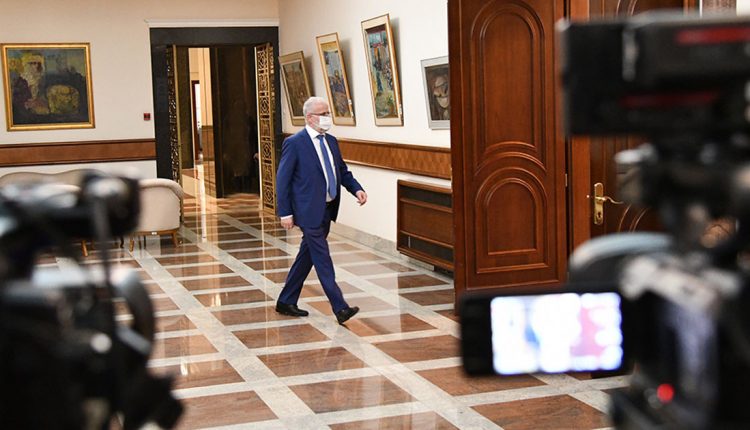 The silence over the scandal with the invitation for a Chechen delegation to Macedonia makes SDSM and Prime Minister Kovacevski culpable, said VMRO-DPMNE official Dragan Kovacki. Kovacki called on Parliament Speaker Talat Xhaferi to resign, both over the invitation to a group of pro-Putin Chechen officials, and his recent outburst at Parliament employees.

If he had an ounce of virtue, Talat Xhaferi would’ve resigned by now. Is there any other Speaker of a Parliament in a NATO member state who meets with people who represent a security risk? Would you find a Speaker of Parliament in a democratic country who insults staffers the way Xhaferi does? It is height of irresponsibility for Kovacevski, Pendarovski and Spasovski to keep silent about these meetings and incidents, Kovacki said.