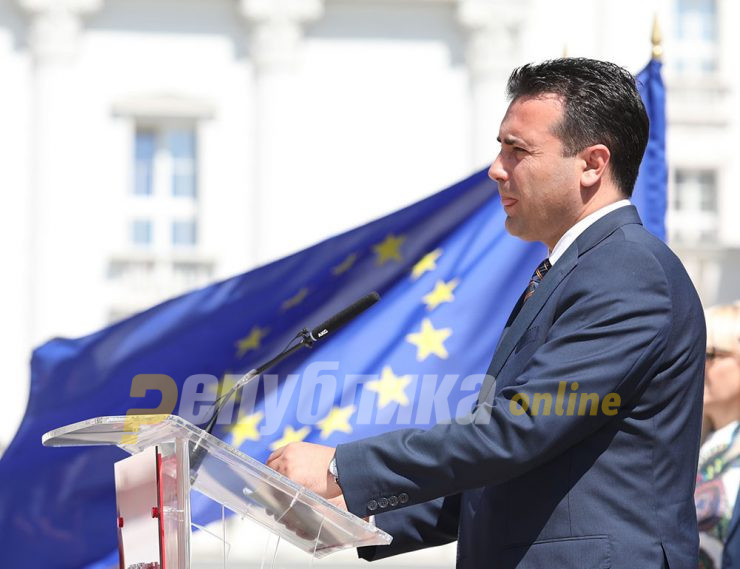 A correspondent for the state run MIA news agency from Brussels reports that the draft conclusions of the coming European Council do not contain a recommendation to open accession talks with Macedonia or Albania. Also, according to MIA, now Germany is the most outspoken opponent of opening accession talks, complicating matters even more for the beleaguered Zaev Government.

This prompted even the pro-Government reporter to concede that this makes the odds of Macedonia opening accession talks in June minimal. The June date was a key promise Zaev made a year ago, as he was urging Macedonians to support the referendum proposal to rename and redefine the country.

In the draft document EU ministers agree that there should be no alternative plan to integrating the Western Balkans into the EU, and this is described as a brave and visionary decision. But, no such recommendation is made.