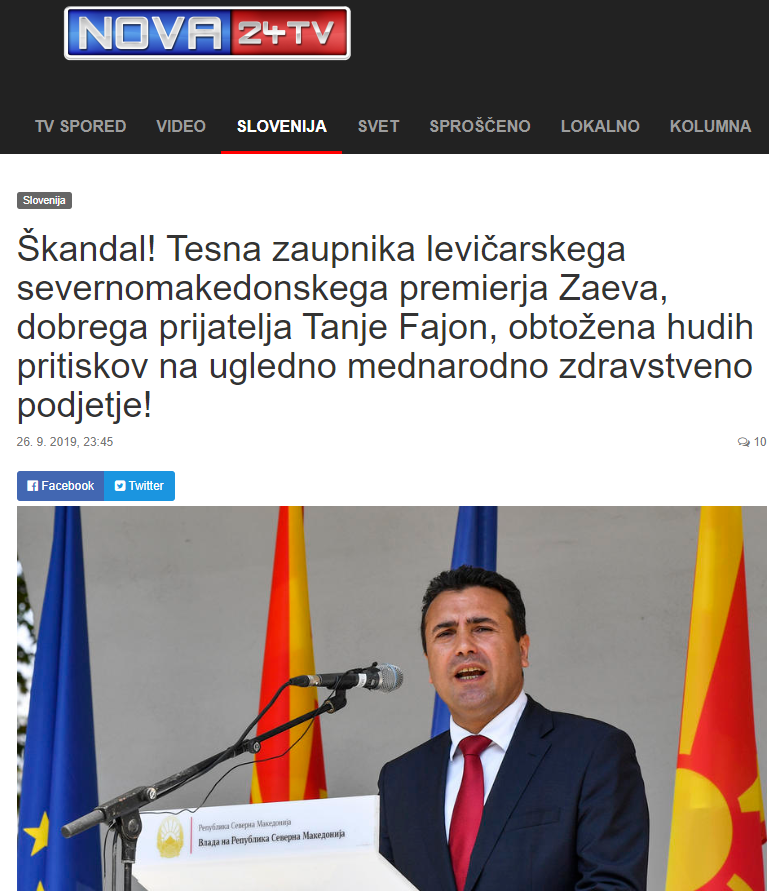 The Slovenian Nova24 TV reports about the intersection of the two large corruption scandals that have affected the Zaev regime. According to the TV station, controversial businessman Zoran Milevski – Zoki Kicheec, who is charged in the scandal revolving around Katica Janeva, was also involved in the new extortion scandal of the Diamed dialysis company.

There was a clear attempt on the part of the Macedonian Government to take over profitable companies. After the Diamed owner Vera Ivanova signed a contract to sell her company in October 2018, she was approached by the notorious Zoran Mileski, a person close to Macedonian Prime Minister Zoran Zaev but also to the local underground. He demanded that she withdraws from the deal and threatened her with criminal charges if she doesn’t. Ivanova rejected Mileski’s threats and the next day prosecutor Vilma Ruskoska announced that she is investigating the work of Diamed. Two weeks later the prosecutors froze the money transferred to Diamed for the sale, Nova24 reports.

Mileski is best known as the bagman seen taking a bag of money from the home of businessman Jordan Orce Kamcev, as part of the extortion racket led by Special Prosecutor Katica Janeva. According to Nova24, the scandal in Macedonia is taking on an international dimension, as it affects a major Swedish company.

Den Doncev, head of the FZO public healthcare fund, was asked at a press conference if he is close to Mileski. Doncev nervously replied that he knows him “from TV”. Doncev and Healthcare Minister Venko Filipce are accused by Ivanova of leading the extortion campaign against her.