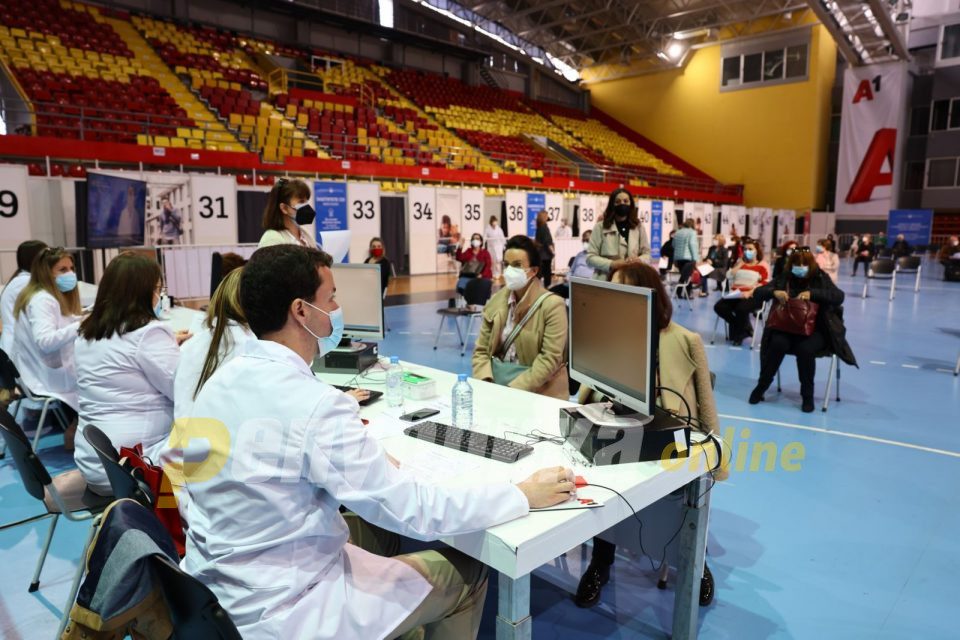 The number of citizens who have received the first shot of the vaccine rose to 25,000. Most of he vaccinations are conducted at the Boris Trajkovski sports center in Skopje, where older citizens receive Astra Zeneca vaccines and those younger – the Sputnik vaccine.

Starting on Wednesday, the Sputnik vaccine will also be made available at ambulances across the country, which now have the Astra Zeneca shots. Currently, the Healthcare Ministry is inviting police, military personnel, teachers, and as of today, journalists and other categories of citizens who are often in crowds. Soon the members of Parliament who wish so will also be vaccinated.

It’s estimated that about 10,000 Macedonian citizens also got vaccinated with the Astra Zeneca shot in Serbia, which opened its doors for foreign citizens due to the large surplus of vaccines. Much of the vaccines used in Macedonia come from the Serbian stockpile. Macedonia continues to lag badly behind the rest of the region in vaccinations – only Bosnia and Kosovo do worse, and Montenegro is at comparably the same level, while all other countries in the region do significantly better than Macedonia.