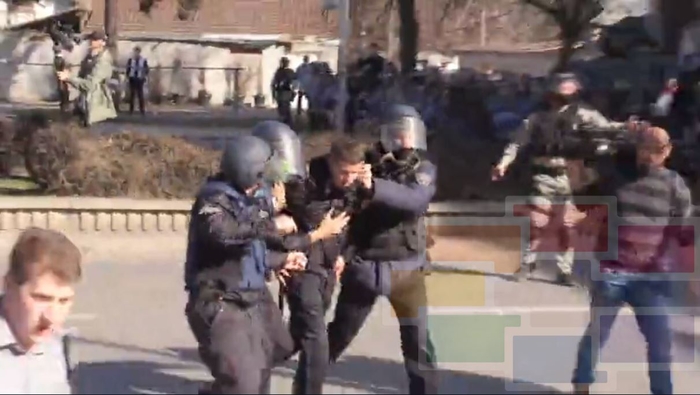 At least one police officers has been injured after Albanian protesters assaulted the police cordon in front of the Skopje courthouse. Protesters demand another repeal of the sentences of the group of Albanian islamists who carried out the 2012 Good Friday massacre, killing four Macedonian boys and one man.

Officers were deployed to prevent the protesters from getting too close to the courthouse, and some in the group lunged at the cordon. Protest organizers are trying to hold back the most aggressive protesters. 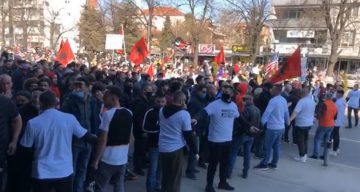 Signs carried by the Albanian protesters include messages aimed at the prosecutors and judges who led the trial of the islamist group, as well as a map of Greater Albania. They also carried American and Albanian national flags.