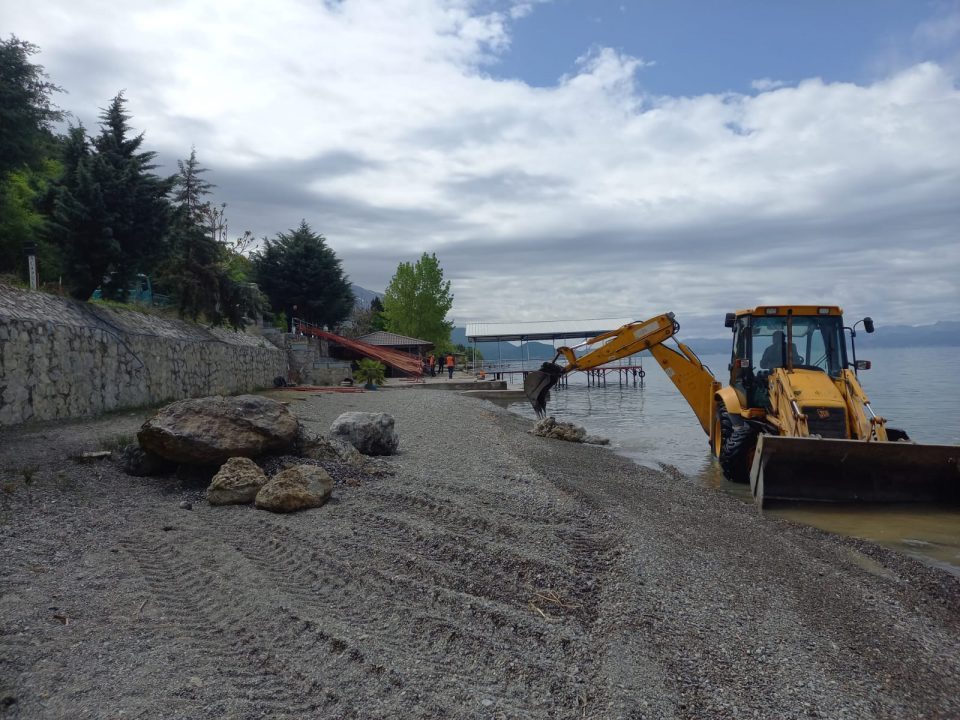 Ohrid authorities began the demolition of structures on two beaches near the village of Lagadin. The city insists that this is being done to push back against over-development in the area of lake Ohrid, as it faces losing the coveted “world heritage site” designation granted by UNESCO.

Demolition work is supposed to continue on two other beaches in this popular vacation area, as the summer season slowly begins.
Beach owners insist that they developed the beaches in line with the criteria demanded by the Transportation Ministry, but that after the town hall took over control over beach regulations, they began facing pressure to close down.