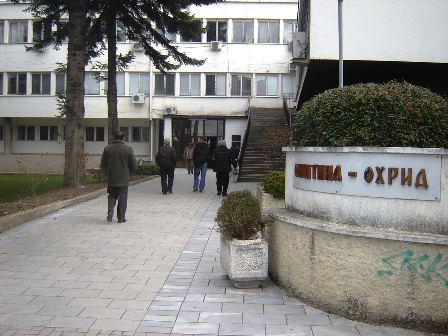 The Ohrid local self-government has launched a campaign to raise COVID-19 protection awareness ahead of upcoming Republic Day long weekend, mayor Konstantin Georgieski told reporters on Thursday, adding that informational flyers will be handed out to visitors.

He added that protocols related to operations of hospitality facilities and beaches adopted by the government work only if citizens abide by protective measures.

We know that Ohrid has been flooded with tourists in the past 10 days and numbers are expected to rise over the upcoming long weekend. Competent institutions are set to take coordinated action and put all efforts into implementation of COVID-19 protectie measures, Georgieski told reporters.

He stressed that the biggest issue institutions face at the moment are upcoming outdoor concerts that will attract a lot of tourists.

Therefore, the Ohrid Crisis HQ has called on organizers to cancel events if venues don’t have the capacity to implement measures and protocols.

The Ohrid mayor said that thus far two concerts have been booked at the city stadium on August 7 and 8, but events will only take place if organizers are able to implement protocols. The same goes for staging events at other venues controlled by the city.

However, Georgieski noted, the municipality of Ohrid doesn’t have authority over all concert venues in the city and can only call on stakeholders to abide by protective measures.

Ohrid Summer Festival organizers told a press conference earlier on Thursday that all festival events will take place in line with COVID-19 protective measures and protocols adopted by the Commission for Infectious Diseases.

With just three weeks to go before the school year starts, the Education and Healthcare ministries still haven’t come up with a plan how they expect children to go back to schools. Public education has been put on hold since March, with the outbreak of the coronavirus, and except for an improvised...
Macedonia 11.08.20 | 11:15