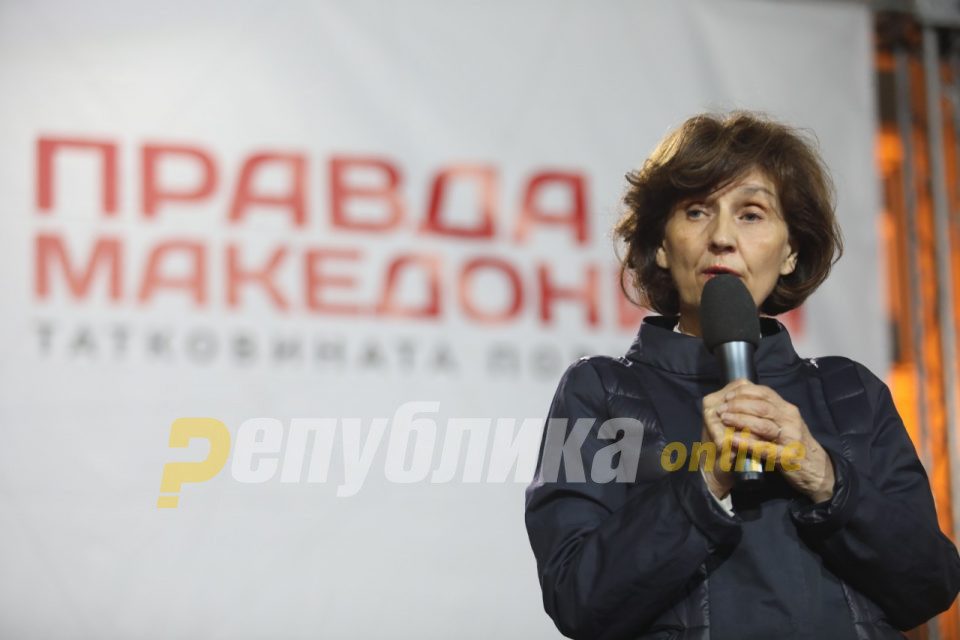 Let’s go to the polls, on one hand, to elect someone we trust, but on the other hand to show them that the people saw them, saw that they cannot do anything, said Gordana Siljanovska Davkova at Wednesday’s rally in Kavadarci. 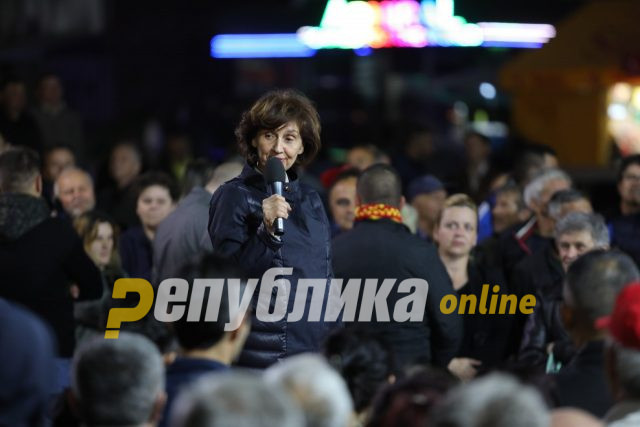 The only reform they did is the reform of Macedonia. They changed its name, and now they are moving towards a change of identity. No one has the right to do such a change. No one chose the name, neither it was chosen at ASNOM nor earlier. The name was something natural, something inevitable. Because Macedonians existed as a nation even before the state of Macedonia existed. So it had no choice, it could only take what the nation gave her, said Siljanovska Davkova. She added that Macedonia and the citizens will find their place in Europe and will recognize the European standards here in Macedonia. 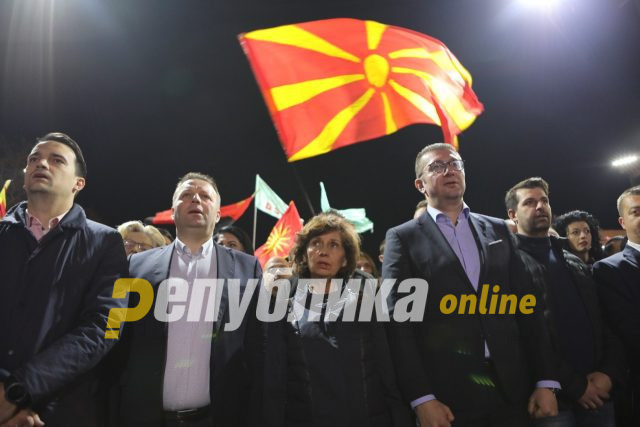 One cannot go to Brussels on ‘Titanic’, and their power is on ‘Titanic’. Although they say that we have an anchor that drags us down, we have where to go back, because that anchor is the root of our Macedonia. If one does not have a root, there can be no trees, the Macedonian tree cannot grow, which they want to wither. They will not succeed, said Siljanovska Davkova. 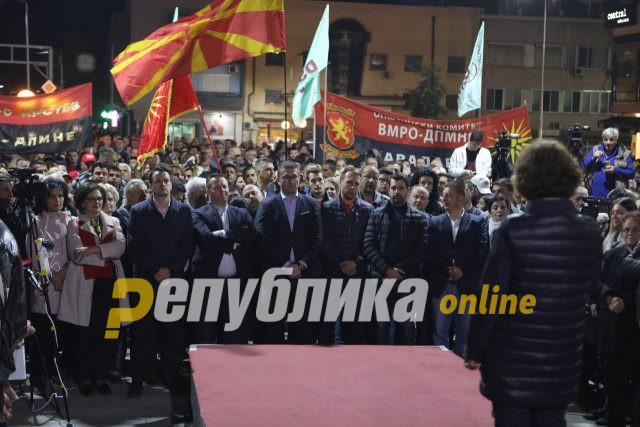 The tree will flourish, she added, when there will be early elections, where those who will never forget Macedonia will win.