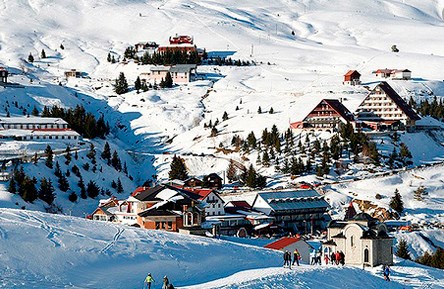 DUI party officials gave conflicting statements about the Government’s plan to sell the Popova Sapka ski resort. Foreign Minister Bujar Osmani said that he is promoting the underdeveloped resort during his foreign trips, together with the Brezovica resort in Kosovo on the northern side of the Shara Mountain, to investors interested in landing a major development deal. Osmani insisted that the idea is still in the phase where the Government is looking for investors, and will have them compete against each other to get the best offer.

But Economy Minister Kreshnik Bekteshi said that the investor is already identified. “We have a specific offer from a well known company that manages ski resorts in the EU. We will examine their offer and once the negotiations are concluded, we will reveal the name of the company”, Bekteshi said.

Popova Sapka has been managed for decades by the state owned ELEM company – the Government chose ELEM since it has some available cash flow. But it is far from skilled in managing and investing in a ski resort and little has been done to develop the potential.

Osmani: The Albanian diaspora will be counted along with the residents in the census

Osmani: Turns out we need a political Government in Sofia to negotiate with after all