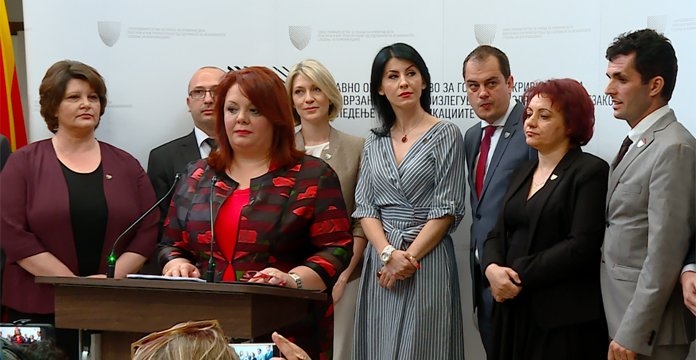 Lile Stefanova, an influential prosecutor in the Special Prosecutor’s Office, is being questioned by the police, the Expres news site reported.

According to eyewitnesses, police detectives approach Stefanova while she was in a cafe, and asked her to come with them and detail the Boki 13 scandal. The Special Prosecutor’s Office led by Katica Janeva is the focus of an investigation by the regular state prosecutor’s office led by Ljubomir Joveski and Vilma Ruskoska. The allegations are that 1TV owner and cross dressing reality show personality Bojan Jovanovski – Boki 13 was extorting money from businessman Jordan Orce Kamcev, promising in exchange that he will get Janeva to drop her charges against Kamcev. Boki 13 is sees as close to Janeva and her son Lazar Janev works in Boki’s 1TV. According to varying media reports, Janeva is also being investigated and had her house search, or was merely ordered to hand over her phones to the police, and she claimed that she “lost” one of them.

While the Special Prosecutor’s Office was best known for its public faces – Janeva and the two younger prosecutors Lence Ristoska and Fatime Fetai, Lile Stefanova was widely seen as the brain behind most of the cases filed by the unit.