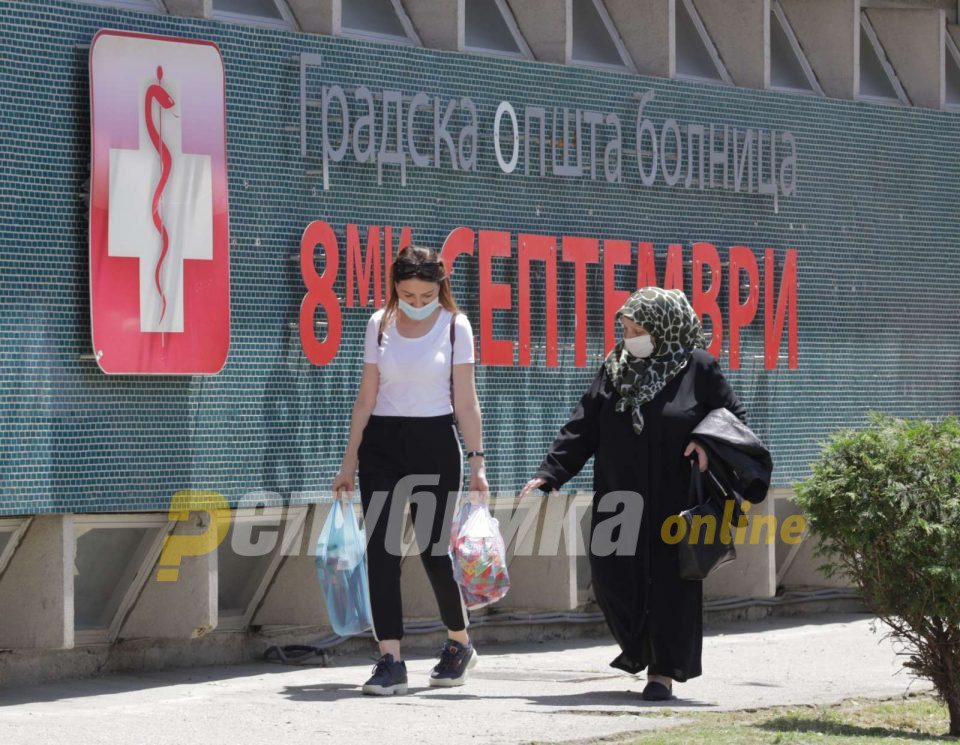 The Macedonain Healthcare Ministry reported that Wednesday was one of the worst days in the coronavirus epidemic, with exceptionally high 175 newly diagnosed patients, and five deaths – which is also one of the worst tolls.

Thee of the patients who succumbed to Covid-19 are from Skopje. They were a female aged 60 and two men aged 59 and 64, all treated at the “8th of September” hospital in Skopje. A male patient from Gostivar aged 72 also died in the same hospital, while a 72 year old man from Prilep died in the Infectious Diseases Clinic. This brings the death toll of the epidemic to 169.

As for the high infection rate, the 175 new cases were diagnosed out of 971 test. Again the capital Skopje has by far the most new cases – 131, with Kumanovo far behind with 24 and other cities in single digits. There are currently 1.687 active Covid-19 cases in Macedonia, including 970 in Skopje, 187 in Stip and 179 in Kumanovo. Skopje’s Cair district remains the main source of new cases and now has 209 active patients, far surpassing all other parts of the city. The tradition of night long extended family feasts in Cair and other majority Muslim municipalities during the month of Ramadan is the main reason driving the current spike in cases.

Another metric also revealed the extend of the new wave of the virus – the Ministry published a number of patients who are considered cured during the entire duration of the epidemic, and sometimes even likes to lead the reports with this data point. There were 18 patients added to this list over the past 24 hours, and the total of cured patients stands at 1.687. But for the first time in a month and a half, the number of cured patients is actually lower than the number of currently active cases. 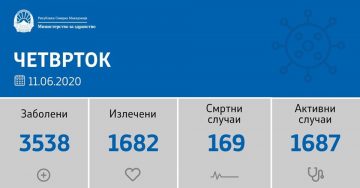 The Healthcare Ministry informed that 33 patients were admitted to the two clinics in Skopje in the past 24 hours. The total number of patients that are treated there is now 141. Of them, 10 are on mechanical ventilation and about 40 are considered as difficult cases.