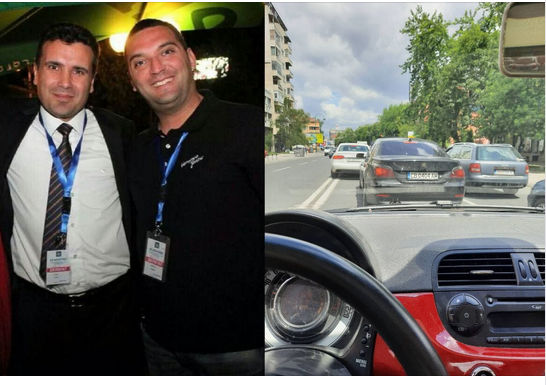 Former political prisoner and VMRO-DPMNE candidate at the coming elections Igor Durlovski informed the public that an adviser from Zoran Zaev’s PM cabinet assaulted him today.
Durlovski said that the adviser, who he left unnamed but is easily identifiable in the public (Republika is identifying his initials as F.A. for legal reasons) directly endangered his safety with his vehicle today. Durlovski posted a photograph of a BMW with Bulgarian licence plates that belongs to F.A., which he used in the incident.

I’m publicly asking Zoran Zaev if his decision is to use his advisers to violently intimidate opposition candidates in the coming elections? Or are his advisers, whose salaries we all pay, completely out of control?, Durlovski said in his public comment. Durlovski said that Zaev’s adviser threatened him that he will spend “100 years in prison”.

The opera singer said that he reported the assault to the police. Durlovski was charged as “terrorist” by the Zaev regime for being one of the organizers of the United Macedonia protests in 2017. He refused the offer of pardon and was the only defendant who the court wouldn’t dare sentence. Durlovski now leads the VMRO list at the south-western electoral district.