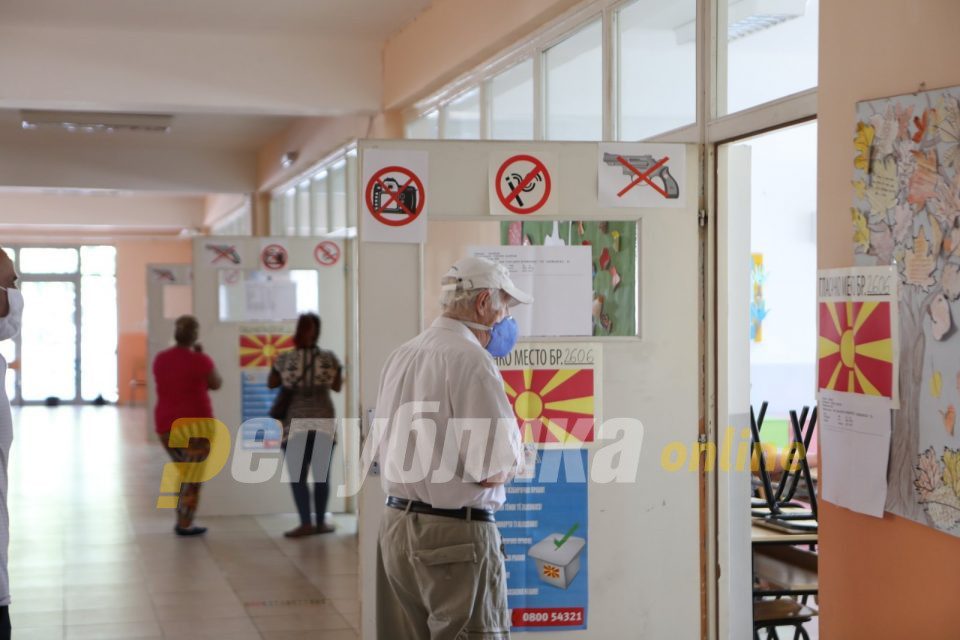 One case of public peace disturbance has been registered in Skopje since polling stations opened, when a 47-year-old man, who has since been detained, started fighting with election board representatives and started taking pictures of the room, Interior Ministry spokesperson Toni Angelovski said on Wednesday.

He stressed that voting process in other polling stations is peaceful and in line with protocols. Several cases of agitation, graffiti drawing, organized transport of voters and attempted bribery have also been reported.

Angelovski said that police received reports that election-related graffiti have been drawn in Skopje’s Chair municipality, as well as in the Kavadarci village of Sirkovo.

In the Kriva Palanka police station, cases of organized transport of voters to polling stations and agitation of voters have been reported, Angelovski said.

In Novo Selo, the Interior Ministry’s spokesperson said, one citizen reported that another person took his ID and voted in his place.

In Radovis, several cases of attempted bribery were registered.

A cases was reported to Bitola police authorities involving a police officer working at a polling station in the village of Debresta who was reportedly telling citizens which number to encircle on the ballot, Angelovski said.

Moreover, residents of Brvenica reported to Tetovo police officials that several people were threatening voters at the village’s polling station.

The Interior Ministry, its spokesperson said, is taking appropriate measures against all perpetrators and will inform the public once more information becomes available.