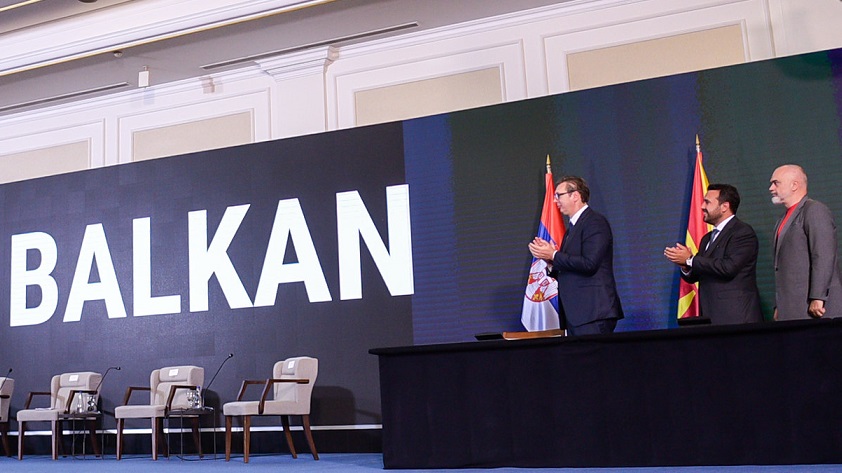 In a joint statement after Thursday’s meeting in Skopje, the Prime Ministers of Macedonia and Albania, Zoran Zaev and Edi Rama, and the President of Serbia, Aleksandar Vucic, stressed that the announced “Open Balkans” initiative aims to positively contribute to a common future of citizens and the entire Western Balkans.

During the forum, they signed three agreements in relation to joint response to natural and other disasters, introduction of single work permit in the three countries and assistance for smooth flow of goods.

Zaev, Rama and Vucic said they would ask their ministries to work together on a system for sharing information on value-added tax- consistent with systems used in the EU – so that trucks are not stopped at borders within the Balkans.

They also announced that they would convene a meeting to find investment funds that would promote regional integration and co-operation.

Vucic: They will not let anyone into the EU before Serbia