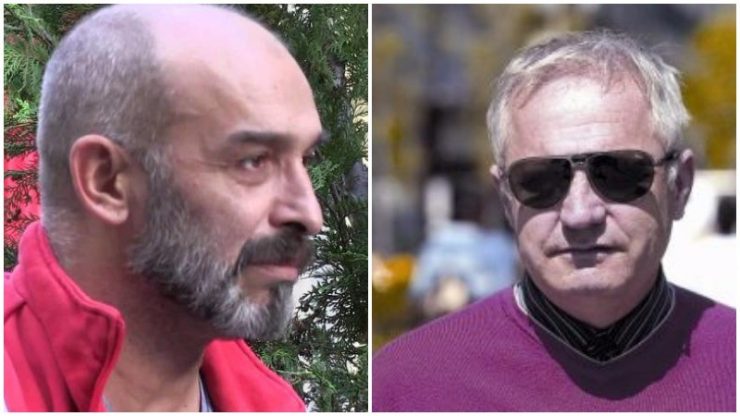 A court in Skopje handed a suspended sentence to actor and opposition activist Toni Mihajlovski for hate speech he used to respond to one of the most notorious pro-Government spewers of hate speech, journalist Branko Trickovski. Mihajlovski is sentenced to three months in prison, suspended over a year, while the prosecutors and the court dared not begin a process against Trickovski, who initiated the exchange over social media.

Trickovski, who is frequently published by pro-Government media outlets, sends out daily death threats against opposition representatives. These include killing an opposition member of Parliament and selling his organs;

detailed accounts of how he would kill former Prime Minister Nikola Gruevski and, wishing the death of the newborn baby of former Interior Minister Gordana Jankuloska and dozens of other similar threats…

Prosecutors drop charges against notorious Government friendly spewer of hate speech, but are still going after an opposition official who tried to respond to him in kind

At one point, Mihajlovski responded to one of his threats in kind, and for this the police and state prosecutors, who ignore all of Trickovski’s own comments, put him on trial.

The Zaev regime is using a lax interpretation of hate speech laws to send police to harass opposition activists in their homes and drag them to police stations, in an attempt to silence their speech. Meanwhile, the spreaders of hate speech who come from the left are allowed to carry on without facing any similar legal sanctions.

Prominent critic of the Government Tanja Karakamiseva harassed by the police

SDSM directly linked to the pre-election campaign of hate speech