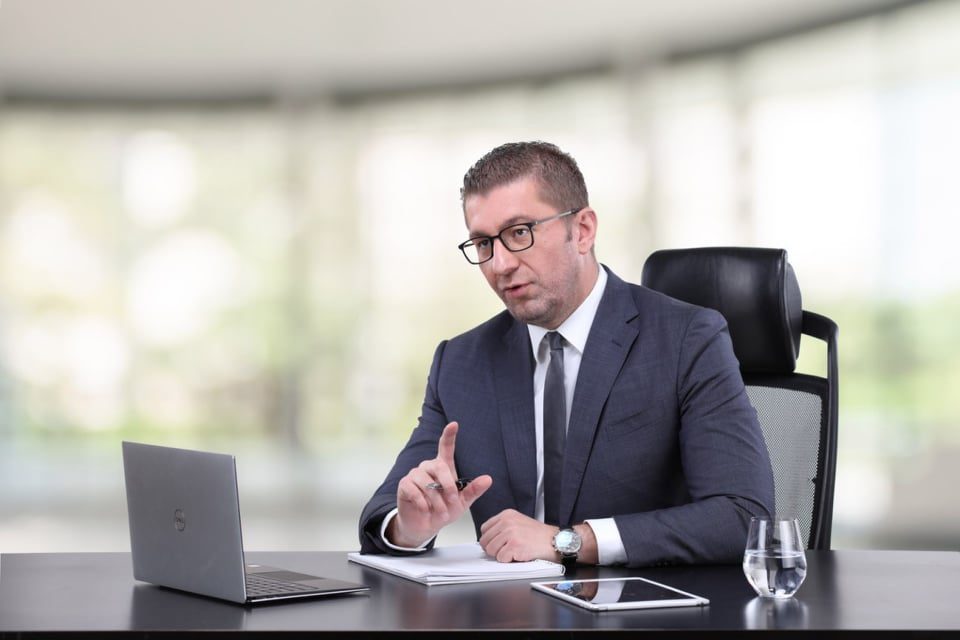 VMRO-DPMNE President Hristijan Mickoski invited the SDSM party led Government to an urgent meeting to discuss in more details his proposal for handling the growing economic crisis caused by the coronavirus epidemic. Mickoski said that there is a better approach than the one favored by SDSM – which is to dramatically cut public sector wages down to the minimum wage over two months in an attempt to keep the budget deficit in check.

As VMRO-DPMNE leader I understand that the SDSM party, and the country, need our help and I offer it. I am strongly assured that with our proposals we will be able to exit the crisis, and I’m willing to go to the Government and explain what I’m proposing. There is a way to put in motion 1.2 billion EUR without cutting salaries, harming busiensses and workers, Mickoski said.

His proposal is to rely on 400 million EUR in short term bonds issued by the Macedonian Central Bank, mostly to influence the bank interest rates and conduct its monetary policy. Mickoski said that these funds are idling, and could immediately be transferred into proper bonds issued by the Finance Ministry. Another source of income are the regularly planned bonds and loans from organizations such as teh IMF and the World Bank, that would amount to 600 million EUR. And finally, Mickoski proposed tapping the inflows into the second, mandatory but privately managed retirement fund and diverting them to the badly bruised PIOM public retirement fund. This would provide over 150 million EUR to PIOM, which is one of the biggest drains on the public budget.

It’s now clear that we were heading for an economic crisis even without the epidemic, Mickoski added, pointing to the 2020 budget projection which he said was clearly planned with the goal to buy votes for the SDSM party with unnecessary pre-election spending.

This hole of 1.2 billion EUr was not made by accident. The Government won’t admit it, but it’s now clear that we were in a serious crisis even before the coronavrus. The Government focused the entire budget toward welfare transfers with the elections in April in mind. They were hiking salaries, giving away bonuses, employing people at the public expense and no growth in the world would’ve covered that, Mickoski said.