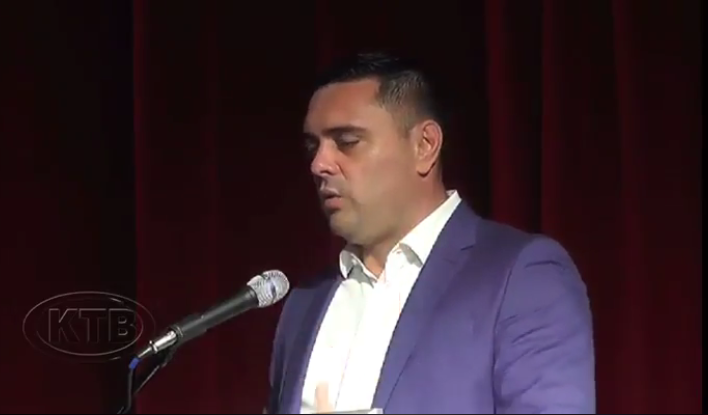 The bromance between Kavadarci Mayor Mitko Jancev, who is still nominally a member of the opposition VMRO-DPMNE party, and Prime Minister Zoran Zaev, continues. At a public event, Jancev openly praised Zaev for his “flexibility”.

May God grants that all are as flexible as Zaev so we can get our work done, Jancev said, while discussing what leadership qualities he likes to bring in himself.

Jancev is a member of a faction in VMRO developing around former security chief Saso Mijalkov. A local businessman who inherited a bottling plant, Jancev was initially attacked by the Zaev regime during the 2017 elections, including with a police raid against him, but has since grown close to Zaev’s brother Vice, including in alleged business deals, and works to divide the opposition in favor of the ruling SDSM party.