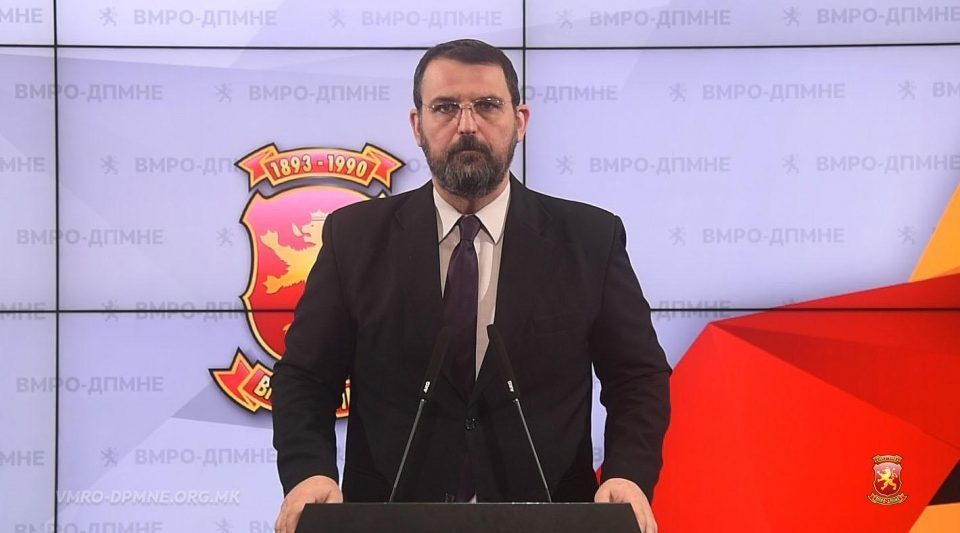 VMRO-DPMNE spokesman Naum Stoilkovski informed the public that an order had been issued for his forcible arrest.

He says that this is clear pressure and an attempt to intimidate the spokesman of the opposition.

Stoilkovski says that without any search warrant and without any indictment they wanted to forcibly arrest him in an attempt to intimidate him, his family, his kids.