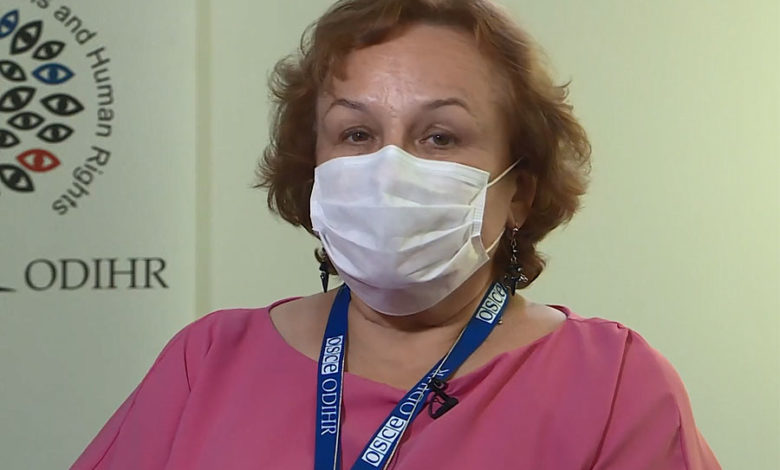 A week before July 15 early parliamentary elections, Laima Andrikiene, head of the OSCE/ODIHR Special Election Assessment Mission (SEAM) in Macedonia, urged everyone to strictly adhere to the national health protocols during voting.

Voting starts on Monday (July 13), which is less than a week, followed by voting on Tuesday (July 14) and Election Day on Wednesday (July 15). I urge all of you who live and work in the country to strictly adhere to the national health protocols. It is part of our lives now and certainly, all participants in the whole election process including the State Election Commission as well as election observers are obliged to respect the health protocols, Andrikiene said in an interview with Radio Free Europe/Radio Liberty (RFE/RL).

She underlined that at the moment she cannot say anything about the elections in the country and that they wait to see the voter turnout.

She noted that under normal circumstances, the format of the mission would be an election observation mission with hundreds of long-term and short-term observers, but due to the COVID-19 pandemic and the health situation in the world, the country and the OSCE region, the ODIHR had to adjust to the current situation.

Missions deployed to various countries during this period, such as in Serbia for parliamentary elections, in Poland for presidential elections, where the second round will be held on Sunday (July 12) and in Macedonia, the format is special election assessment mission. Mission in Macedonia consists of a core team of nine international experts. Observers follow fundamental aspects of the election such as voter registration, candidate registration, campaign activities and the media coverage of the campaign, the work of the election administration and relevant state bodies, implementation of the legal framework, and the resolution of election disputes, she added.

In addition, Andrikiene said, the ODIHR SEAM will monitor the media coverage of the election campaign, that will be contained in final report with an assessment of the entire election process.

Pendarovski urges the parties to congratulate each other