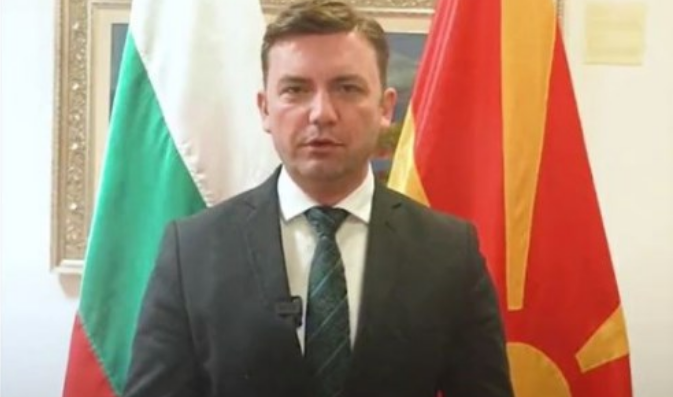 The Minister of Foreign Affairs, Bujar Osmani, emphasized today that citizens have the right to protest and criticize, but the entire anti-narrative is based on wrong interpretation of the European proposal.

Regarding the Macedonian language, I asked the critics if they would change anything about the language in this framework if they wrote it themselves. The answer is no. There is no clearer formulation of the language than this proposal-negotiating framework. Such are the formulations for all the states that were EU candidates. Montenegro had no language at all in its framework. In our framework, the issue of language is identical. In the framework position of the Bulgarian Assembly, there was no option for the Macedonian language, but for the language of Macedonia or with an asterisk, in order to arrive at this solution, which is absolutely clean, emphasized Macedonia’s Foreign Minister.

According to him, the language formulation would be the same if Bulgaria were not in our neighborhood.

The Republic of Bulgaria will vote for a framework in which the Macedonian language will be clear. This is the first time that Bulgaria has signed such a document. Those five years are holding us back, we cannot sign the contract with Frontex. That is the reality, added Osmani in the interview with TV Sitel.