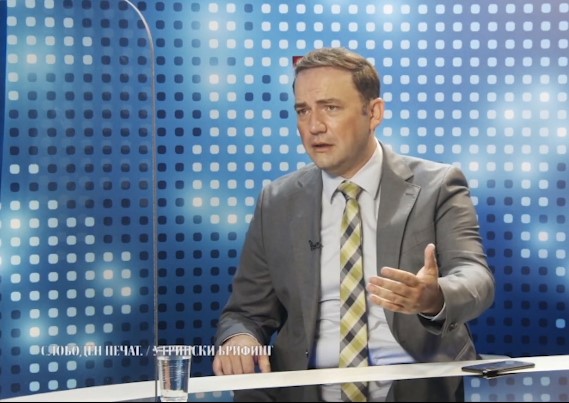 Regarding the proposed resolution of the opposition party VMRO-DPMNE in relation to the country’s European integration path, the Minister of Foreign Affairs Bujar Osmani said that his party DUI believes that this process should start from scratch, the political parties to sit by consensus, and by the imposition of one party.

I am afraid that with such a resolution we can move from a state to an ethnic position, Osmani said.

Despite the pressures from the opposition, the Minister pointed out, we did not enter into a negative dialogue with Bulgaria and in front of the eyes of the world we received recognition that we are right.

We reached an ethnic consensus. The state has never been so unanimous. The biggest mistake we can make so far is for someone to turn a state position that has credibility before the world into an ethnic one again, Osmani said on the “Morning briefing” show.

He says that if due to some political, party ambitions, this state consensus that has been reached turns into an ethnic issue again, it is the biggest damage one can do.

We demonstrate our solidarity to those who need it most, said Osmani after the arrival of the first group of Afghan refugees in Macedonia

Osmani: For now, we will shelter 750 Afghans, but that number fluctuates

All Macedonian nationals from Afghanistan are safe