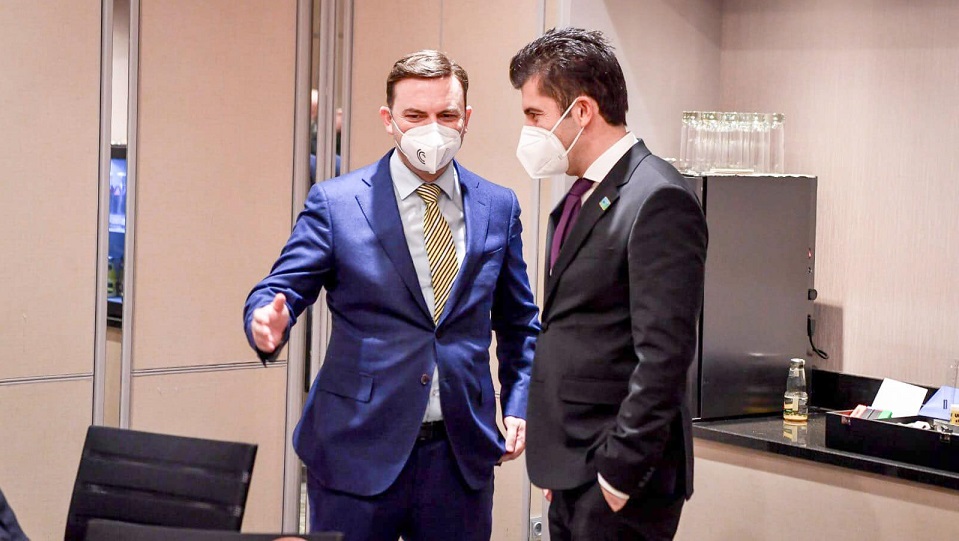 The Minister of Foreign Affairs, Bujar Osmani, informed on social media that the delegations of Macedonia and Bulgaria on the sidelines of the Munich Security Conference, had a meeting where they expressed satisfaction with the process of dynamizing bilateral cooperation through the implementation of the concept of working groups and concrete activities and suggestions that have so far emerged from their work.

Osmani points out that the proposals for enhancing cooperation in several areas were also discussed at the meeting.

Regarding the package of political issues, the work of the expert groups composed of representatives of the Ministries of Foreign Affairs was welcomed. Direct communication and sectorial cooperation is an effective method and as such will continue to be used in the context of deepening relations and raising the level of political dialogue, said Osmani.

Regarding the forthcoming meeting of the Joint Interdisciplinary Expert Commission for Historical and Educational Issues, which will be held on February 24 and 25 in Sofia, Osmani stated that hope is expressed that the Commission will continue to work in a constructive environment and will show openness and good will to progress and open perspectives.