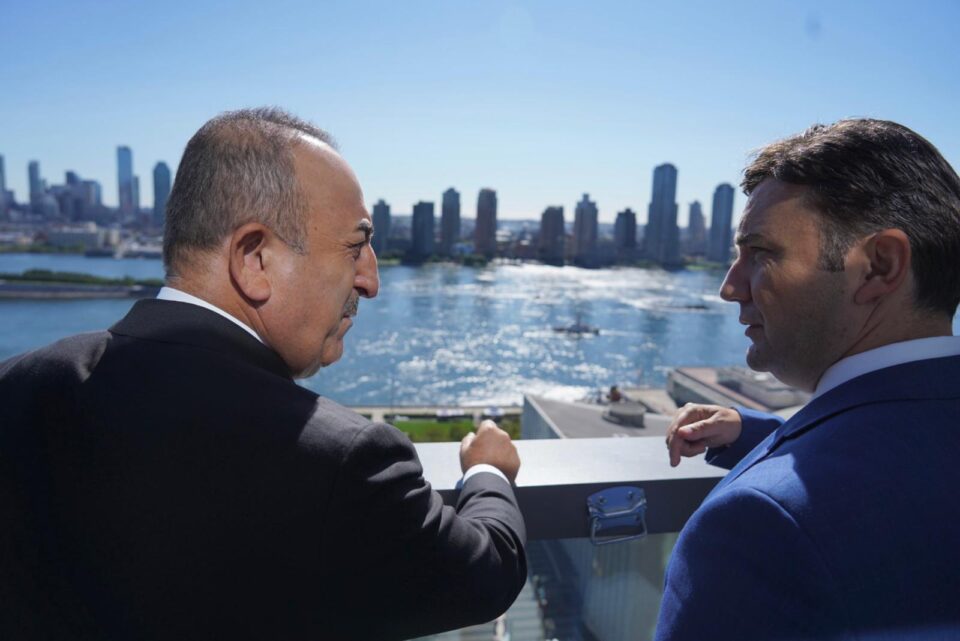 Foreign Minister Bujar Osmani met with Turkish counterpart Mevlut Cavusoglu at the sidelines of the United Nations General Assembly (UNGA) in New York on Friday, discussing the Russian invasion in Ukraine and its effects in Europe, as well as the efforts of Macedonia and Turkey in the management of the crisis.

The interlocutors also discussed regional cooperation and challenges, as well as the Euro-Atlantic perspective of the countries of the region and, in that direction, they discussed the next engagements of Macedonia in the process of accession negotiations and screening, which has formally already started.

Opinions were exchanged regarding bilateral relations, political and economic dialogue, considering the 30th anniversary of the establishment of diplomatic relations.

Our country’s chairmanship of the OSCE 2023 was also an essential part of the talks, during which Cavusoglu was informed about the priorities and the activities and preparations undertaken so far, which we realized as a member country of the OSCE Troika.