During his stay in Macedonia, Enlargement Commissioner Olivér Várhelyi had meetings with almost the top officials. But the most impressive was the meeting with Foreign Minister Bujar Osmani in the building of the Ministry of Foreign Affairs on the quay on the Vardar river. 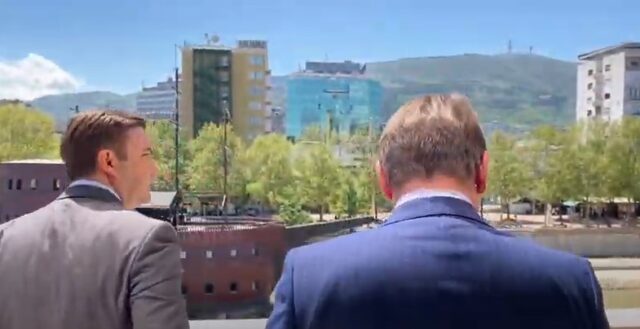 Osmani, as a good host, walked him through the whole building which is part of the “Skopje 2014” project, then showed him the square, the bridges and the galley through the window. 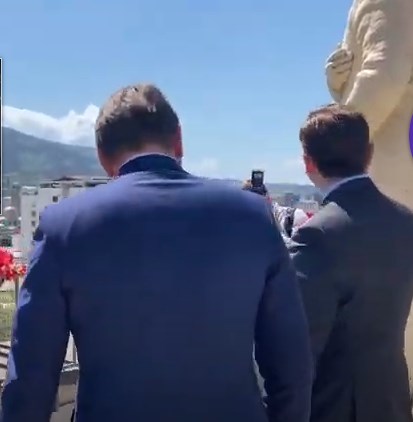 In order for Várhelyi to see the center of Skopje better, Osmani took him on the roof of the Ministry of Foreign Affairs building, where there is a beautiful view of all the monuments from the Skopje 2014 project, which was implemented when DUI was also part of the government.

Osmani was also accompanied by Deputy Prime Minister Maricic, who explained to the EU guest the statues that adorn the ministry’s terrace.

Osmani: Now is the right time for EU to fulfill its part of the task, there is no time to lose

Osmani: If dispute between Skopje and Sofia is not resolved now, it could turn into “frozen conflict”