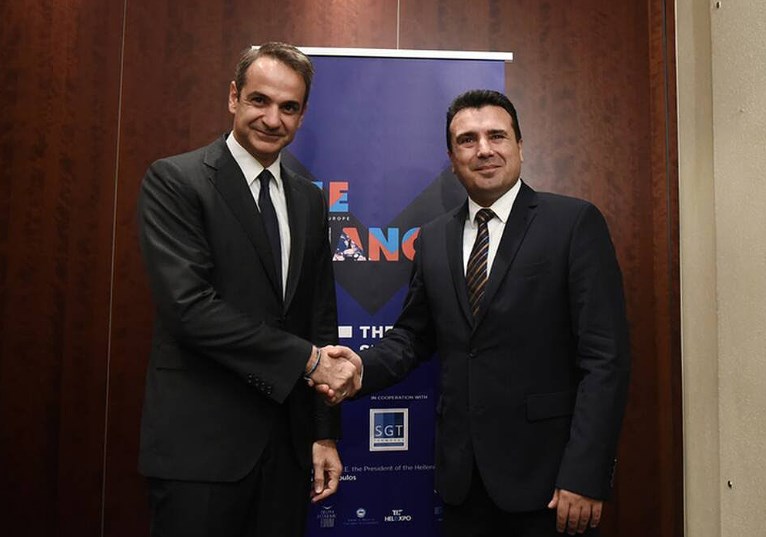 Greece will help us get a date for start of EU accession talks, and the implementation of the Prespa Agreement will go as planned, outgoing Prime Minister Zoran Zaev said Thursday after meeting with his Greek counterpart Kyriakos Mitsotakis in Thessaloniki.

The implementation of the Prespa Agreement should go along with the positive and anticipated dynamics and we are working on both sides on this issue. Our focus was on the European Council, the European Council’s decision. I had the opportunity to get first hand information about what was discussed, what the expectations are. The Prime Minister of the friendly Republic of Greece will fight for our country to finally get the date for start of negotiations and I am happy for that, the outgoing Prime Minister Thursday said after the meeting.

The outgoing Prime Minister, as he said, explained to me in detail his activities, plans, which steps to take and help us.

We discussed border crossings, that it is a good things that the Markova noga crossing is being built. We discussed that the international expert group should continue discussions and meetings to find solutions acceptable to both parties. I believe that there is an acceptable solution to this issue, the talks should continue, the chambers are already communicating which will be of great help. And I know that we will find an acceptable solution that will truly benefit businessmen, producers, companies, both from the Republic of North Macedonia and the Republic of Greece, said outgoing PM Zaev.

He added that they were talking about giving directions to their cabinets to continue in that direction.

The meeting took place during the Fourth Summit in Thessaloniki.

The good friends of our country remain committed to maintaining and deepening the friendly relations between North Macedonia and Greece. Every meeting with former Thessaloniki Mayor Boutaris brings something new. He informed me that he will visit several cities in our country next week as part of a program to connect the cities of the two countries. We agreed that any business investment is an investment in friendship for a better future for the citizens of both countries, he posted on Facebook.