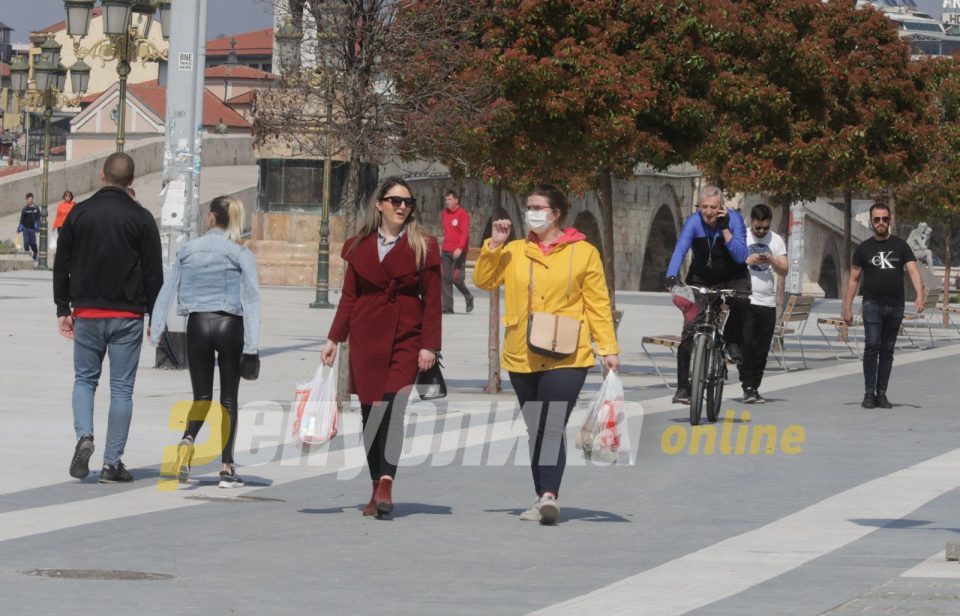 Most of the new cases were registered in the capital Skopje, according to the latest report of the Institute for Public Health. The number of new cases in the same period in 17 cities was below 20.

Also, 8.4 is the percent of positive cases of all the tests carried out, which is an increase of 0.3 percent compared to the previous week.

People of all age groups contracted the new virus during this period. Most of them are people over 60, but there are also confirmed cases registered among people aged 50-59 and 30-39, 40-49, and 20-29. There were only a few cases registered among children aged 0-9 and teens from the ages of 10 to 19, the Health Ministry says in a press release Tuesday.

Furthermore, 221 people of the confirmed cases have had contact with an infected person. Thirty-two people have traveled in the 14 days prior to starting to show symptoms.

The Health Ministry says that 709 people have been registered as recovered patients after being hospitalized or treated at home. Recently, the Ministry has introduced a new algorithm.

There were 27 fatalities from 12 cities – seven more than the week before. 19 people were over 60, six between the ages of 50 and 59 and two in their 40s. Of those, 25 were treated in a hospital and 23 had pre-existing health conditions, says the press release.