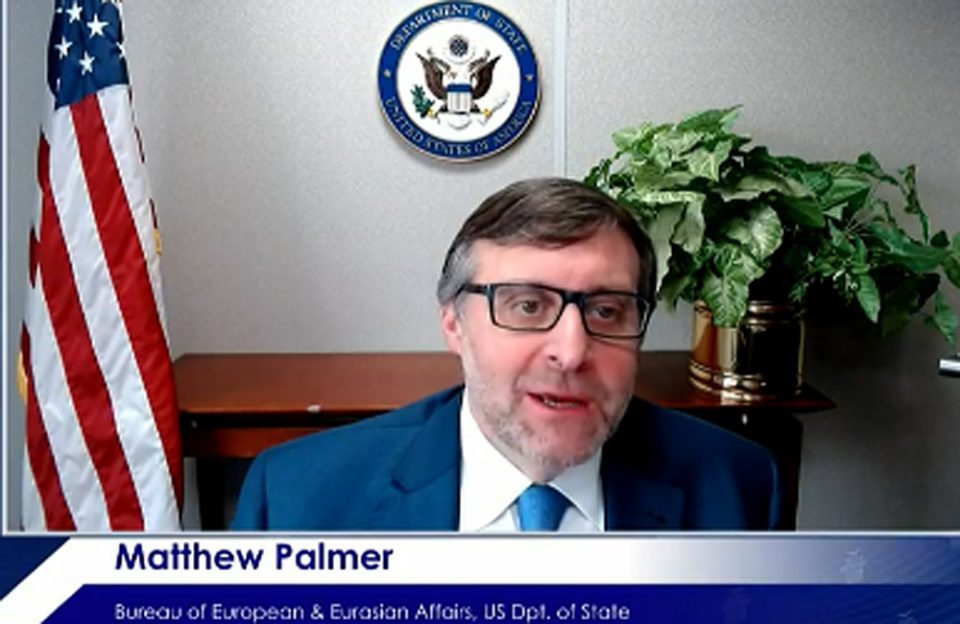 The United States expects new government of Macedonia to be a good and strong partner, US Deputy Assistant Secretary and Special Representative for the Western Balkans Matthew Palmer said during the webinar organised by Balkan Insider in Washington, VOA’s Macedonian Service reports.

Now is the time to negotiate coalition, which is a natural process in democratic parliamentary systems. From the US perspective, what is important and what we want to highlight is that we expect government of Macedonia to be a good and strong partner, a government that is committed to making the most of NATO membership, a government that is dedicated to leading the country forward on the path to the European Union, Palmer said.

He also added that the United States expects the new government to be committed to implementing the Prespa Agreement. “A government that will work to promote peace and prosperity of all citizens of Macedonia,” Palmer noted.

He said regardless of what type of government will be formed from the coalition of political partners, if it is committed to achieving these goals, can have strong partner in the United States.

While Macedonia sees worst mortality rate in the world last week, the government is preparing a census