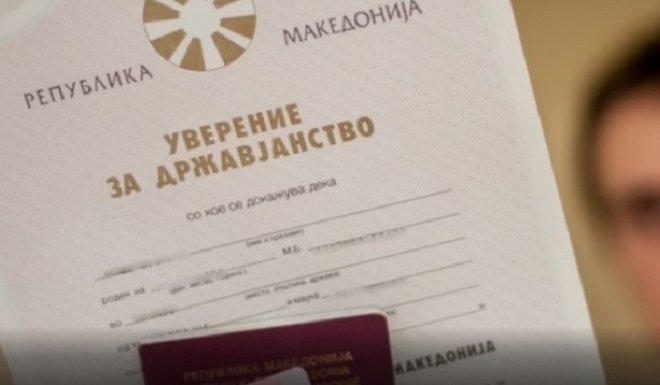 The Parliament adopted Thursday the Law on Amendments to the Law on Citizenship. A total of 89 MPs voted for the amendments, with 57 “for” and 32 “against”. The amendments to the law should resolve the status of the people from the former Yugoslav republics who lived in the country until the day of the declaration of independence. They will need to obtain citizenship within three years of the law’s entry into force.

Earlier, during the debate on the proposed amendments to the Law, the MP from the VMRO-DPMNE parliamentary group, Bojan Stojanovski said that this issue should not be seen as an issue that covers ethnicity, but should be seen legally.

It is in the interest of all citizens to adopt a legal solution, which will be able to solve the problems of persons affected by this issue and will guarantee all constitutional and legal norms of the country, said Stojanovski.

He stressed that the legal solution should be decided by consensus, and not by not accepting the remarks of the opposition.