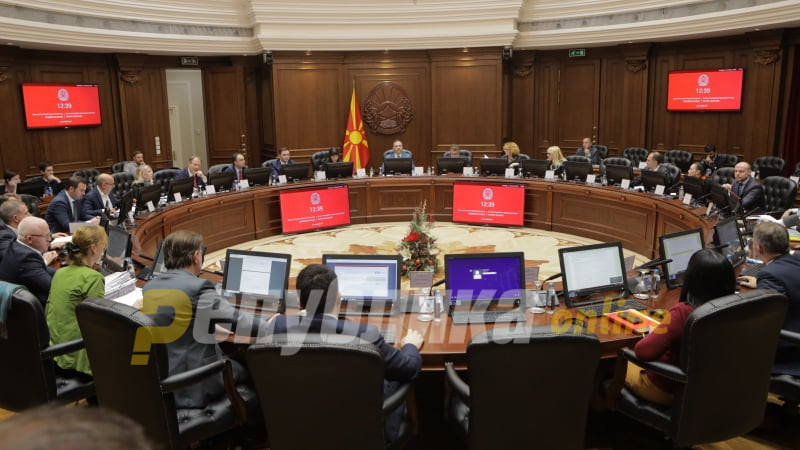 After withdrawing the original version of the law on state prosecutors, a new session of Parliament is planned for later this evening, with a new version of the PPO law.

It’s still unclear what is in the new text and if it will have the support of 81 votes, which is necessary to re-organize such an important element of the judiciary. The opposition VMRO-DPMNE party has rejected the law, as have some of the smaller opposition Albanian parties.

According to the Plusinfo news site, a version of the law adopted by the Government included giving Albanian members of Parliament greater say in the appointment of prosecutors. This article was allegedly withdrawn from the text that was sent to the Parliament, and prompted a response from DUI, Zoran Zaev’s Albanian coalition partner. It is expected that this, and other changes, will be added to the version that will be sent to Parliament later this evening. The Government issued a press release saying that there were some “minor technical issues” with the text they sent to the Parliament, which had to be corrected, and this led to the delay in the Parliament session.

Nikola Micevski, who is the head of the VMRO-DPMNE group in Parliament, said that they have not been informed what is being proposed no, and demanded that the Parliament services report whether the new proposal has been adopted by the Government.

VMRO-DPMNE member of Parliament Antonio Milososki said that the proposal of a law by the Government that hasn’t been adopted at a Government session, is forgery.

The Government has the right to withdraw its initial proposal, but the next proposal needs to adopted. It is an insult to the public to claim that what Talat Xhaferi, Renata Deskoska, Zoran Zaev and Ali Ahmeti have been discussing since 9 in the morning until late this evening are just some minor technical changes, Milososki said.