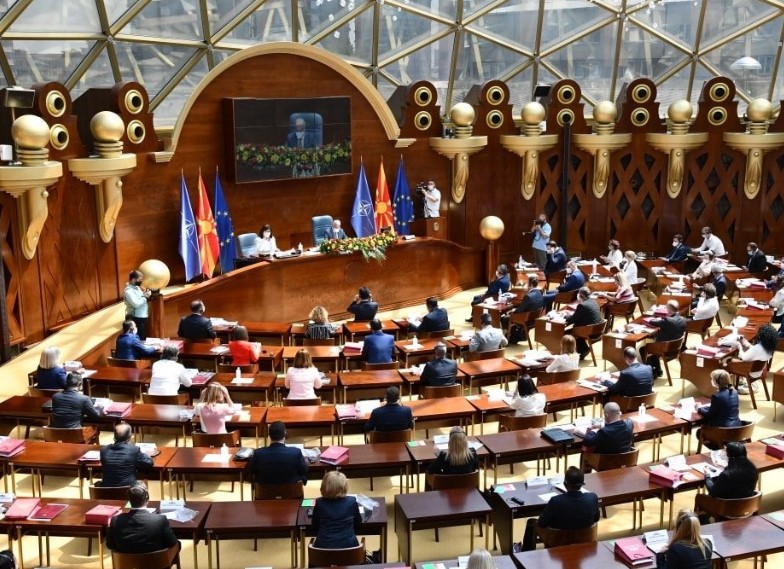 Sitel TV reports that there is a major rift in the Parliament, as the slim ruling majority insists on holding future sessions online, while the opposition demands they are held in person, as provided in the Constitution.

SDSM, DUI, BESA and DPA have a majority of just 62 votes, and will not be able to even begin a session of Parliament if two of their representatives abstain from work, unless the parties in the opposition are present. Normally, the leaders of DUI and DPA could only be dragged into Parliament if there is a crisis vote in question. This is why the coalition is trying to introduce online voting, but the opposition is firmly against.

If there is only one infected person, a member of Parliament or someone from the staff, it cound endanger the entire body. We must move our work online, said Jovan Mitrevski from SDSM/

VMRO-DPMNE, the Alliance of Albanians and Alternative said that this would be an attempt to manipulate the rules of Parliament and abolish the quorum requirement that is provided in the Constitution. It provides that the Parliament can begin a session only if a majority of the members of Parliament are present, and this requirement is also included in the clauses that regulate the majority needed to adopt a law.

Nikoloski: Members of Parliament from the SDSM list are raising the prospect of a new majority