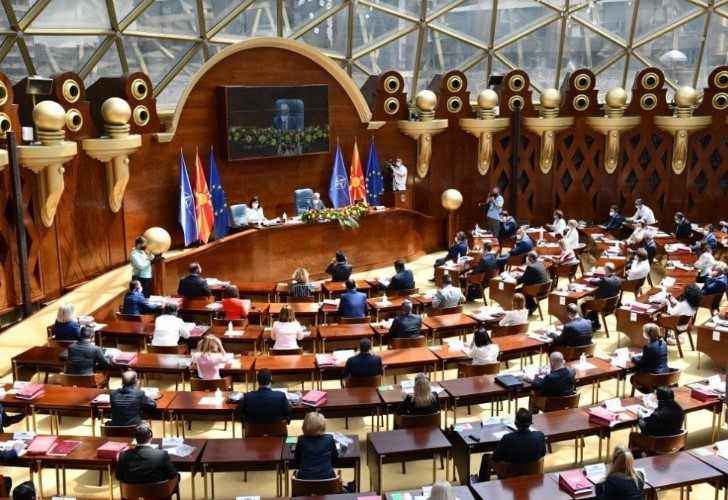 Working for more than 12 hours and well past midnight – in violation of the house rules – the narrow majority in Parliament approved the mandates of several new members.

They are voted in to replace members of Parliament who are tapped to join the Government, and in one case – to replace the brother of one of the would-be ministers Fatmir Besimi, whose vote would’ve been seen as a conflict of interest.

VMRO-DPMNE, the Alliance of Albanians, Alternative and Levica left the Parliament building in protest against the way in which the majority led by SDSM and DUI protracted the work of the Parliament and violated procedural norms while replacing the outgoing members of Parliament.