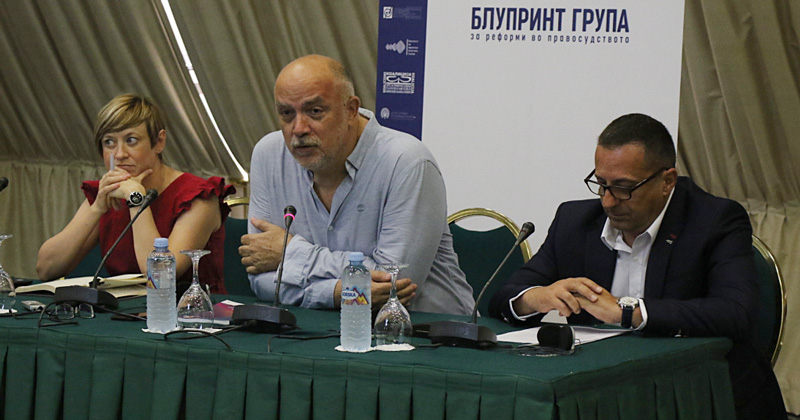 It started with the statement of the Public Prosecutor Ljupco Jovevski, who out of his powers, imposed the idea that in the place of Katica Janeva now the Council should elect the acting SPO chief alone, without Parliament decision and recommendation to the Council. Joveski’s statement is a direct call for the suspension of the Parliament powers, which under the SPO law can only elect SPO chief with a two-thirds Badinter majority, and then submits the proposal to the Council of Prosecutors for a vote.

Prime Minister Zoran Zaev also called on the Council of Prosecutors to elect the acting SPO chief, which once again showed the political union between SDSM, the executive power and the Public ProsecutorJovevski, even in such a turmolous time that cooperation is not hidden, and precisely because of such cooperation between Zaev and Katica Janeva SPO got power without control that ended in corruption.

According to university professor Gordan Kalajdziev, acting special public prosecutor cannot be elected, because it is a strictly monocratic body. He says that if Janeva is dismissed, the other SPO prosecutors’ terms will end at the same time.

Kalajdziev says that SPO actions that are not directly threatened by abuse will be stopped now and then resumed by the new prosecutor, and the others who are suspected of abuses he says they must stop. Professor Gordan Kalajdziev was mentioned as a potential candidate for SPO chief at the time Katica Janeva was elected.