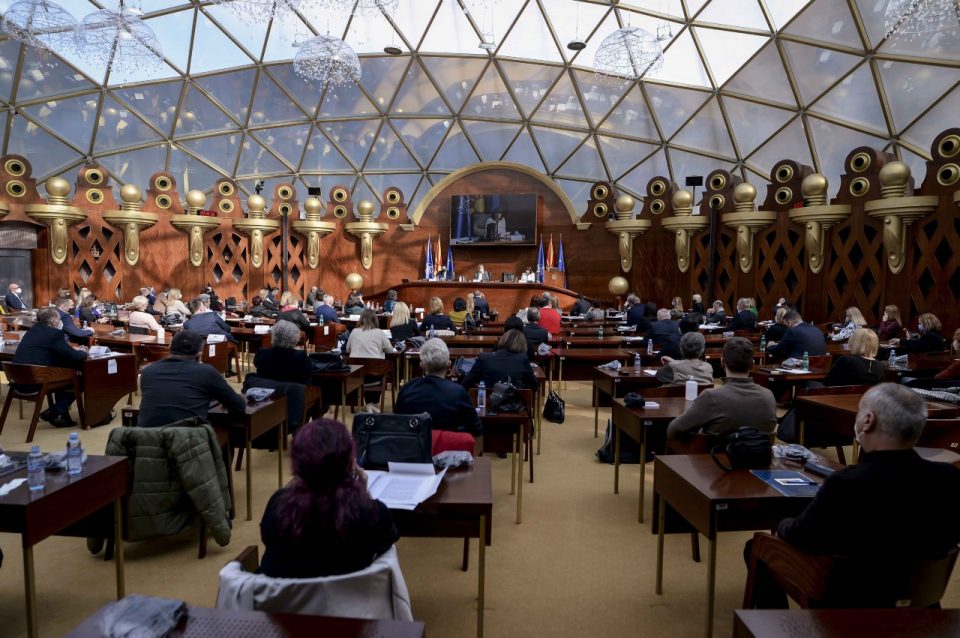 The Parliament refused the VMRO-DPMNE proposal that the so-called Przino Government model is abolished. 32 representatives voted in favor and 55 were opposed the proposal.

The model was introduced in 2016, on request from SDSM, and it provides that the Prime Minister and several top ministers resign 100 days before a general election, and the ministers are replaced with opposition officials. VMRO says that the model should be thrown out, not because Macedonia is sufficiently democratic to ensure fair elections, but in order to speed up the holding of early elections this year. But the SDSM and DUI representatives are not eager to have early elections or to make any moves that would make such elections more likely.

Members of Parliament today also refused to support the Levica party proposal that officials no longer receive payments after their term ends. The proposal was made after several very well off members of the Zaev cabinet, like Mila Carovska and Radmila Sekerinska, opted to receive the payments after leaving the Government.