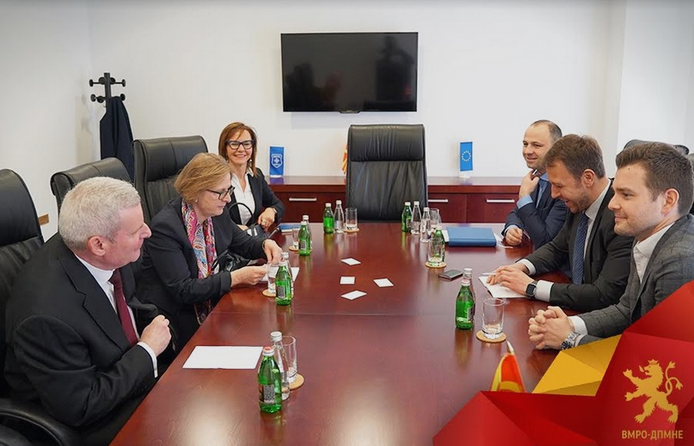 The meeting focused on current political developments in the country, upcoming elections, reforms and government abuses.

Janusev stressed that the upcoming parliamentary elections are crucial for the future of the Republic of Macedonia.

The interlocutors agreed that the European future of the Republic of Macedonia is closely connected with the election process on 12 April, the elections must be fair and democratic, and the citizens should freely express their will.

He pointed out that after April 12 the new VMRO-DPMNE-led government will focus on reforms that will bring the country closer to European standards, and Janusev stressed that VMRO-DPMNE has a plan to put the country on the fast track to EU membership.

Janusev stressed that crime and high level corruption are the biggest problems facing the Macedonian state, pointing out a series of criminal affairs involving senior state and party officials of SDSM, abuses for which there is no legal solution.

The interlocutors agreed that the relations between the two countries are excellent, but there is room for further co-operation and deepening.