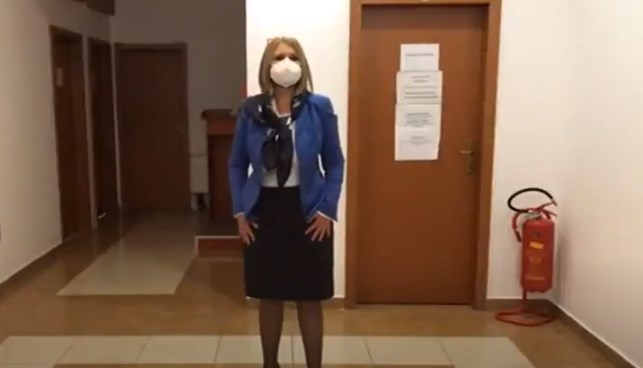 The election of Pavlina Crvenkovska as President of the Judicial Council is another indicator that Zaev’s government is maximally politicizing in the judiciary. Namely, Crvenkovska does not have a single day of experience as a judge, and will head a body that decides on the election and appointment of judges in Macedonia, the opposition party reacted on Saturday.

The same Crvenkovska may not have experience as a judge, but that is why she has a serious political baggage as Vlado Buckovski’s office head and office holder in SDSM-led governments. This is a serious political interference and an attempt to control the judiciary, and probably the ultimate goal is to cover up the crimes of the current government led by Zaev. The public suspicion is justified that, among other things, Crvenkovska can influence the case related to the collapse of Eurostandard Bank, for the simple reason that her husband is among those indicated who took a loan from the bank without adequate coverage and did not repay it. In this way, the bank and the depositors are damaged, as they themselves testify, says VMRO-DPMNE.

Pavlina Crvenkovska has no credibility and if she had at least a little virtue she would have resigned immediately. But the “values” of Zaev obviously prevailed.