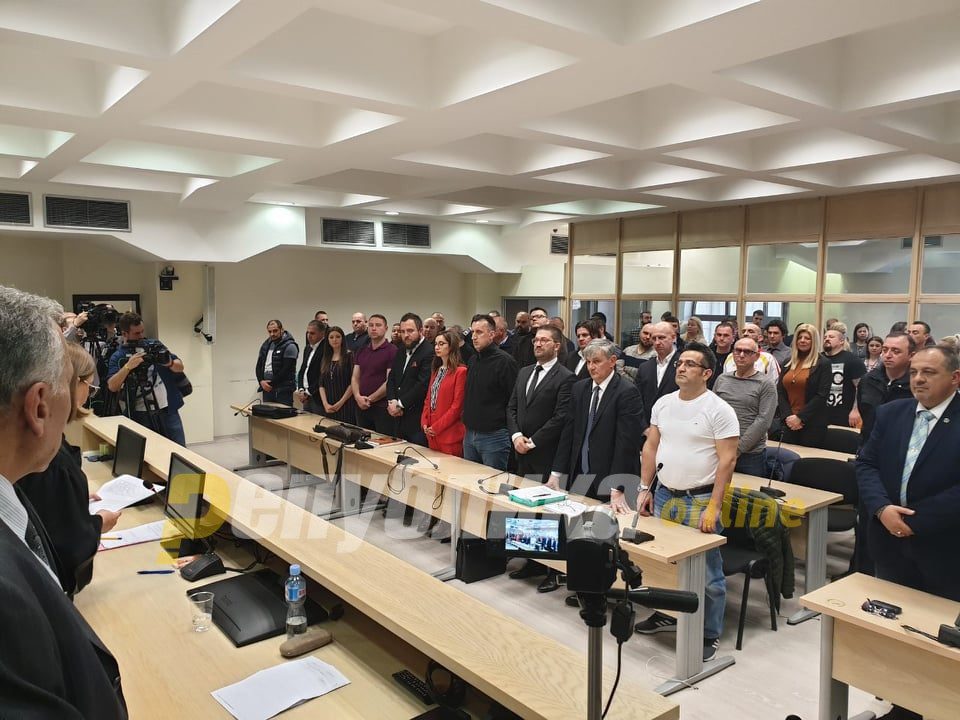 President Stevo Pendarovski agreed with the request from the opposition VMRO-DPMNE party and the protesters who poured out in Skopje on Sunday, that the defendants in the April 27th trial are not terrorists and that the sentences against them are Draconian.

I asked what the charges are about and I knew that such a criminal act was not in use either in former Yugoslavia or in the 1990-ies. It was introduced later. I know something about terrorism and such security issues and I know that the people who entered the Parliament were not terrorists. Even those who physically attacked people, they can be charged with severe beating, in the cases of Ziadin Sela or Radmila Sekerinska. Even for the organizers, 18 years are excessive, Pendarovski said.

The trial and the excessive charges were used by the Zaev regime to blackmail three members of Parliament to vote for the imposed name change. Once they voted in favor, they were given amnesties, but the mere protesters remained in prison, some sentenced to a decade, others to a decade and a half in jail. VMRO-DPMNE President Hristijan Mickoski called for a retrial, given the nature of this politicized trial.

Mickoski’s comment was correct, the only way to clear out the fog here is that if there is new evidence, new witnesses, and to demand that the case is re-opened. As a legally minded person, I insist that we follow the legal procedures to the letter, Pendarovski said.