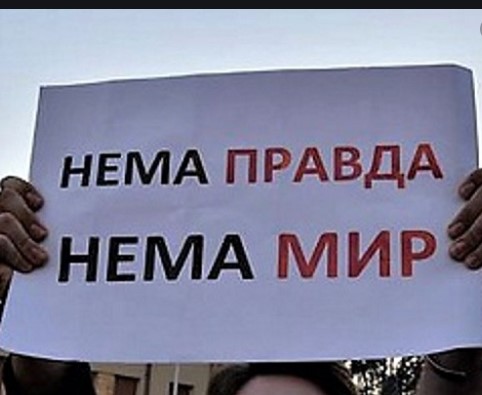 President Stevo Pendarovski apologized to the supporters of the 2015 Colored Revolution for his failure to bring “justice and peace”, as its slogan said, to Macedonia. Pendarovski was part of Zoran Zaev’s movement which promised to ensure the rule of law, but instead the Zaev regime is now facing daily corruption scandals, on top of the national humiliation it caused to Macedonia.

I was on the top of the ticket in the 1st electoral district and I kept saying that if there is no justice there will be no peace. That was our slogan. We disappointed the people who supported the Colored Revolution and we should assume responsibility, Pendarovski said.

He added that Zaev’s top officials charged with fighting corruption, Justice Minister Bojan Maricic and Deputy Prime Minister Ljupco Nikolovski, are producing new strategies but that we have a “super-inflation” of documents and little practical work done.