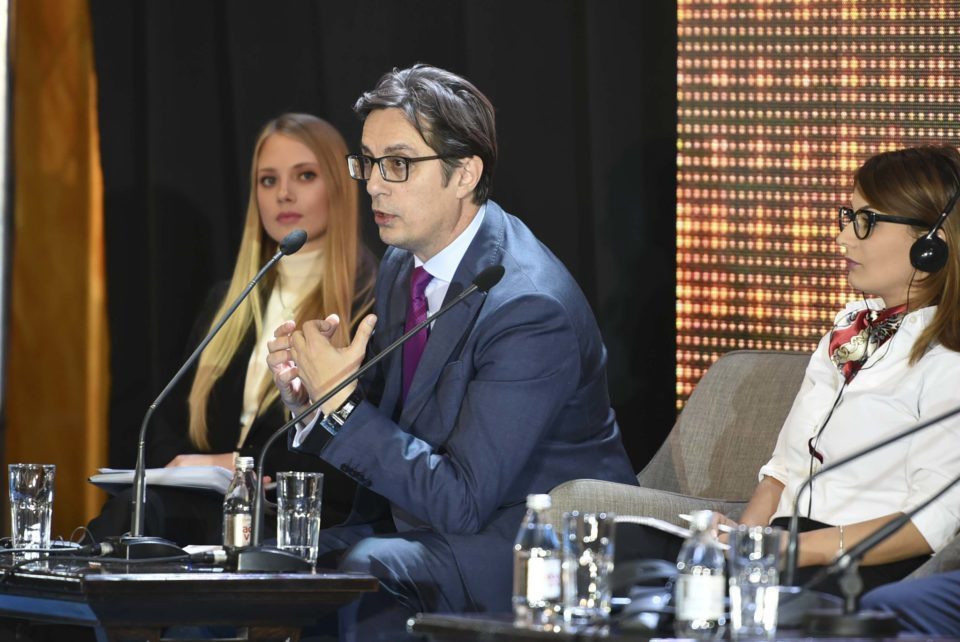 President Stevo Pendarovski rushed to do some damage control after his shocking statement today, given at a youth gathering in Novi Sad, where he told the participants that if he weren’t President he would also emigrate from Macedonia. The statement is especially damaging given that during their Colored Revolution and the 2016 elections Pendarovski and his political ally Zoran Zaev kept making an over the top unrealistic promise to the public that they will not only stop the exodus of young people from Macedonia, but they will bring those who left back home.

In retrospect the promise sounds so crazy that even one of Zaev’s ministers couldn’t help but laugh when discussing it during a TV appearance a few days ago.

I understand the need to have my comment I gave during the regional youth forum in Novi Sad framed in the context of daily partisan politics but the trends in the entire region are clear. We are losing highly qualified young people. The responsibility falls on the shoulders of all political leaderships since our independence until today, including my own. If they don’t get a good quality European perspective, higher wages and a better quality of life the young will continue to move out in large numbers, Pendarovski wrote in a social media post he hopes will dampen the outrage from his comment in Novi Sad.