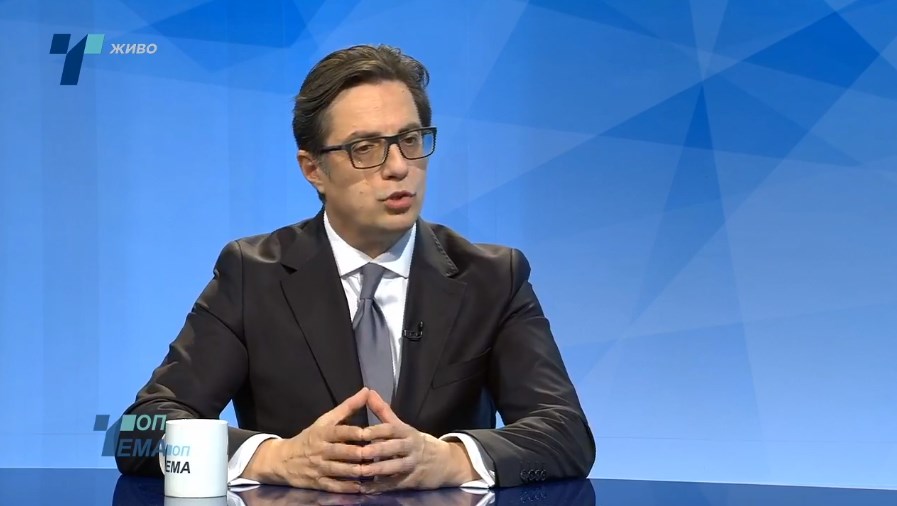 President Stevo Pendarovski said that so far there is no written or verbal demand from Bulgaria that Macedonia amends its Constitution. The statement comes after opposition leader Hristijan Mickoski yesterday revealed that Bulgaria demands constitutional amendmends under which Macedonia would redefine its nation and language along the widely distributed Bulgarian positions.

Mickoski: Osmani to say whether Bulgaria wants a new agreement on constitutional changes that will redefine our nation

Pendarovski said that there are intensive talks with Bulgaria over the past three months, with German facilitation, in order to enable the opening of EU accesion talks – which Bulgaria has threatened to block unless Macedonia makes the required concessions.

It is out of mind to talk about amending the Constitution or adding annexes to the 2017 friendship treaty. That is not needed, Pendarovski insisted.

But Pendarovski then added that Bulgaria has asked before that the 2017 Zaev – Borisov treaty is clarified, and that Bulgarian President Rumen Radev has asked for annexes or the signing of a new treaty, after he claimed that the current one is not being honored by Macedonia. He opened the possibility that a declaration is signed that would recommit the two parties to respecting the treaty.