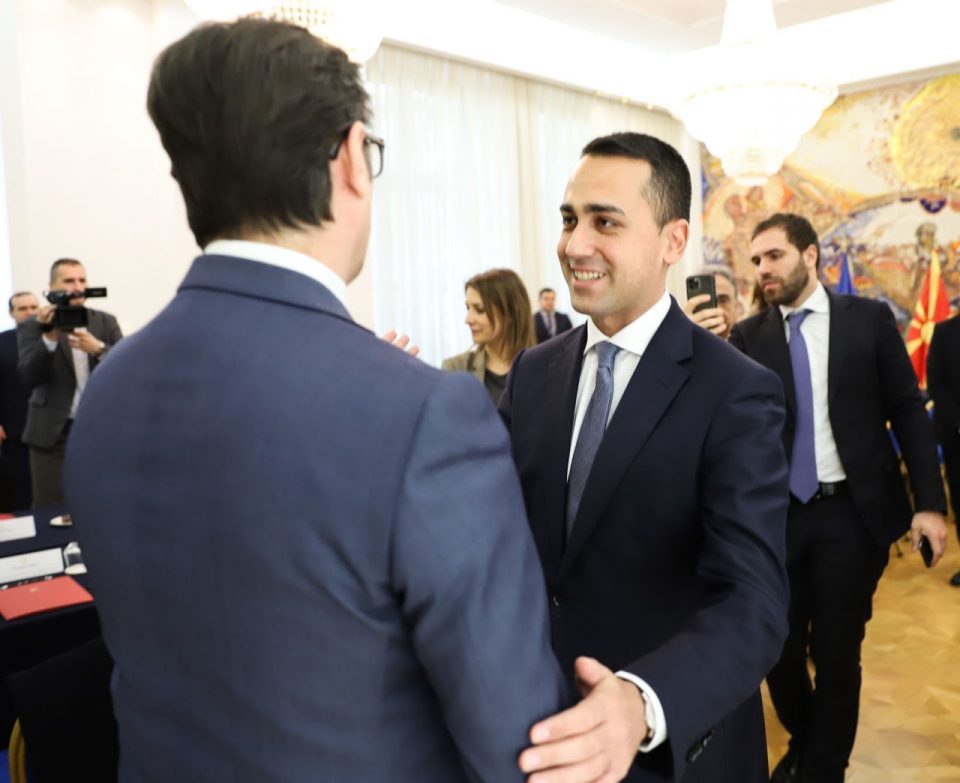 Italy supports Macedonia’s NATO and EU integration bid. The two countries maintain traditionally friendly relations, fostering high level of understanding and trust, as well as excellent political dialogue. This was stated during the meeting of President Stevo Pendarovski with Italy’s Foreign Minister Luigi Di Maio, who is paying an official visit to the country.

President Pendarovski thanked for the clear and unequivocal support so far that Italy has continuously given our country in terms of our Euro-Atlantic bid and thanked for the ratification of the NATO accession protocol to the Italian Parliament, the President’s Office said.

Pendarovski stressed that the new EU negotiation methodology is acceptable to the country in order to have an effective accession process, with measurable results and concrete benefits for citizens. He underlined that it is crucial for us that EU member states agree on the methodology as soon as possible and that the country gets a date for the start of negotiations during the Croatian EU Presidency.

The two interlocutors also discussed economic co-operation and investments, as well as opportunities for intensifying them in the future, President Stevo Pendarovski’s office said.