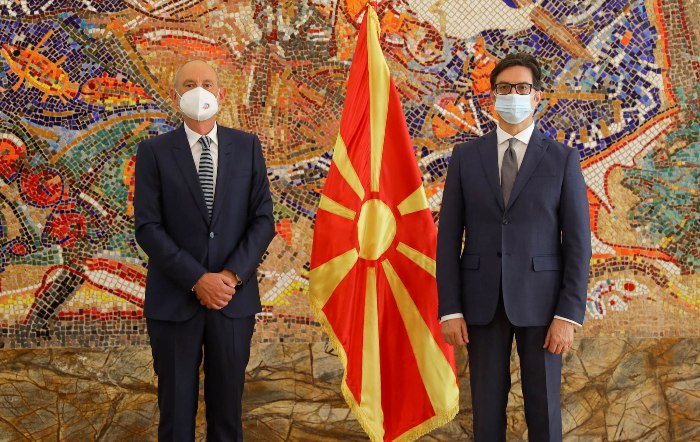 The rule of law will be central in the EU accession talks. It is the starting point, but also the final step in the negotiations, new EU Ambassador David Geer said presenting his letters of credence to President Stevo Pendarovski on Monday. 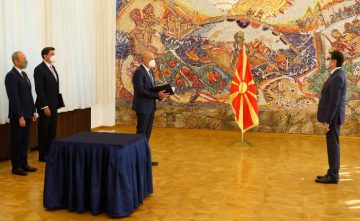 The EU Ambassador underlined that accession talks will be demanding and rewarding in equal measure.

The process is also about upholding democracy and dialogue, protecting human rights and the environment and forging a sustainable economy at the service of citizens. EU reforms and improving the lives and prospects of people are not competing priorities, but rather mutually reinforcing efforts. They involve a process of positive reform in the interests of the freedoms, prosperity and security of ordinary Macedonians, said the new EU Ambassador. 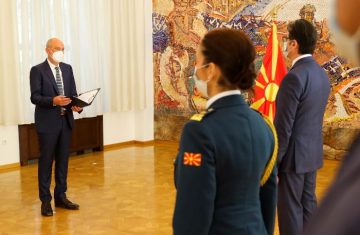 He said he looked forward to working with the president, with parliament, with government, with the opposition and all actors and sectors of society across the country that must be at the centre of this great endeavour to see Macedonia take its place as a member of the European Union.

Speaking at the ceremony, President Pendarovski stressed that the new EU Ambassador is coming at an extremely important moment for the country, because, as he pointed out, “after signing the Prespa Agreement with Greece and the Friendship Treaty with Bulgaria, we turned a new page in our development and decided to make up for the time lost.”

Now, in the coming period, it is time for the decision on the opening of negotiations to be translated into the Council of the EU adopting the negotiating framework and scheduling the first Intergovernmental Conference between the EU and Macedonia, which will mark the concrete start of negotiations, said Pendarovski. 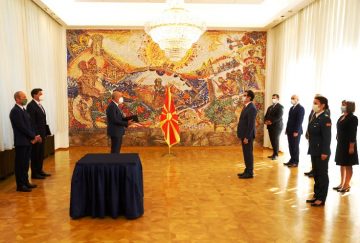 Pendarovski expressed his conviction that the start of negotiations and the revised methodology will not only contribute to further stabilization of the situation in the Western Balkans but will enable Macedonia to implement the necessary reforms faster and more efficiently, especially in the area of organized crime and high-level corruption. 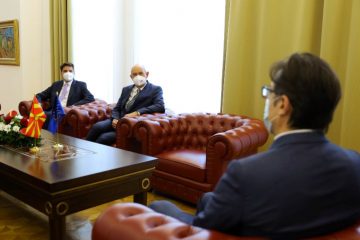 Establishing a functioning rule of law, centered on an independent and efficient judiciary, is one of our strategic priorities and all institutions are committed to achieving this goal. Please be assured that all institutions have my full support for the realization of this strategic goal, underlined Pendarovski.

Ambassador Geer’s term as Head of the EU Delegation to Macedonia is four years. He succeeds Ambassador Samuel Žbogar, who took office in 2016. 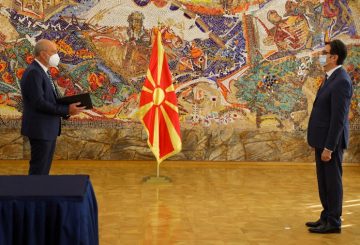