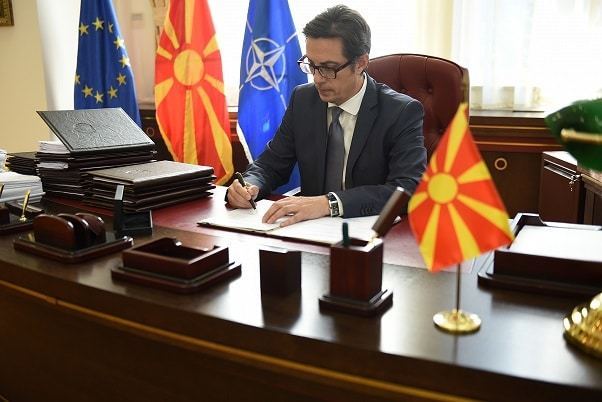 National security is stable. There are no indicators, neither within our borders nor beyond the borders across the region, suggesting that it could be compromised to the extent of endangering the integrity and sovereignty of North Macedonia, President Stevo Pendarovski said Wednesday, following the first constitutive session of the Security Council, at which representatives of the competent services and the competent ministries briefed on the security situation in the country and the region with an impact on internal security dynamics.

The conclusion was that the Republic of North Macedonia in the next 40 to 50 days enters a period which may be turbulent both politically and from a security perspective, because in the coming period we expect the completion of several important ratifications regarding our NATO membership and in the middle of the next month we expect a decision by the European Council to open accession negotiations with the European Union, Pendarovski said.

The President said that at the session they had agreed on the dynamics of the next meetings, which as he said. would take place every two to three months.

Although invited, the opposition VMRO-DPMNE leader Hristijan Mickoski did not attend the session.