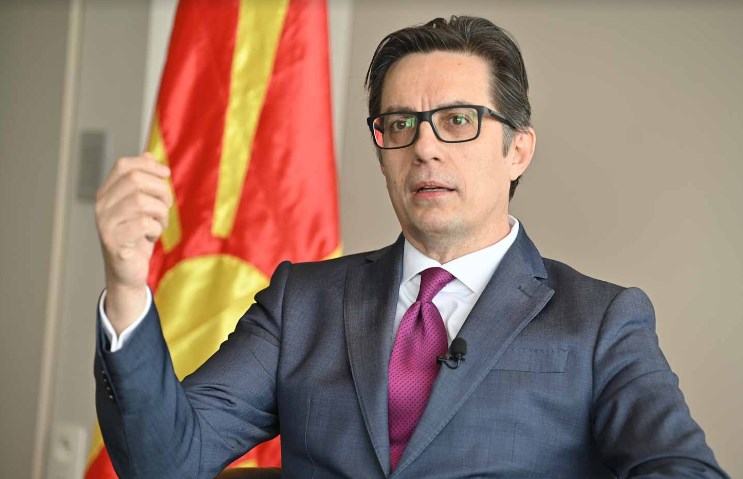 President Stevo Pendarovski warned that there is little chance Macedonia will resume talks with Bulgaria and talk about lifting the Bulgarian veto against Macedonia’s EU accession talks until July. Pendarovski was meeting top EU officials yesterday, at a time when Bulgaria is in a political crisis after holding inconclusive elections.

The odds are very slim. I spoke with… you know, yesterday I had a meeting with the EU rapporteur for our country, Mr. Kyuchyuk, he is there in the name of Bulgaria, and he knows their political situation better than I do. He does not discount the possibility that even a technical Government there could give support for resuming our talks, if there is support among all political actors, and I am not saying that we will find a solution if we resume talks with a fully political Government knowing as we know Bulgaria’s positions by now. But it is up to them. If we resume the talks, there is no guarantee of success, but it is also possible the talks don’t resume given the political situation there after the elections, Pendarovski told the MIA news agency.

Bulgaria demands significant concessions from Macedonia on issues of national identity and history and has decided to block Macedonia’s accession talks unless the demands are met. After its April elections ended without a clear majority, it is now possible the country holds early elections, which could delay the resumption of talks for months.